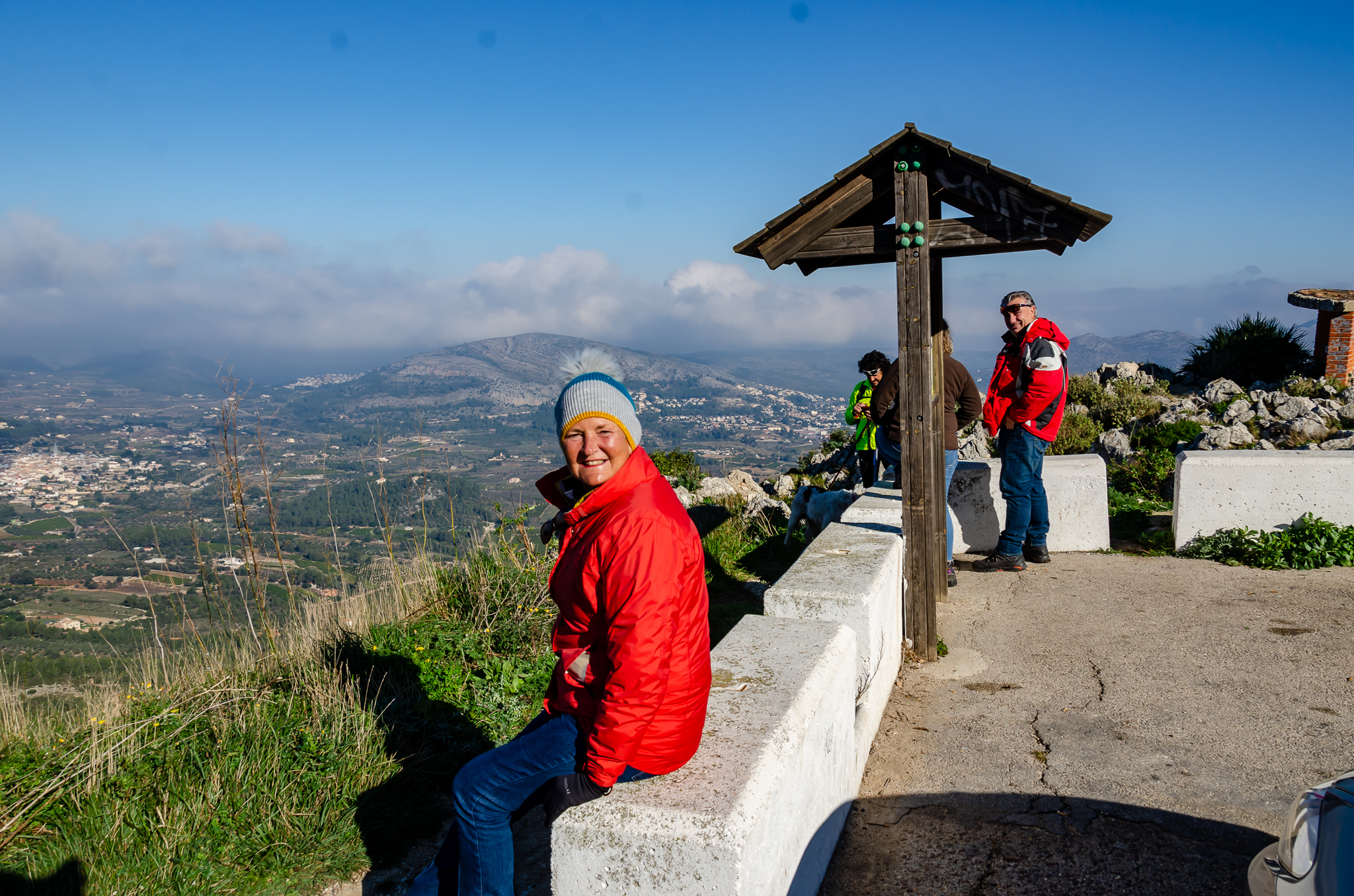 Well here we are at New Years Eve…..doesn’t time fly!

We re-visited Bar Fuego for a simple breakfast and their excellent coffee. Aileen was still sporting her Xmas jumper to keep in the festive spirit!

We had booked a table at La Cucina for dinner. We tried it in 2018 during our first visit and liked it. This was where we saw the local Flamenco guitarist (who is very good).

It is a restaurant run by an English family. Mum, Dad and two daughters. The food was excellent last time and service worked well. On NYE it was a very limited menu and you even had to pre-order. The food was fine but the service (and professionalism) really struggled. Most tables were booked but it was all Brits (it probably was in 2018 too but it didn’t register). All fine but not one to repeat.

It was on the walk to the restaurant and back, Aileen’s knee really started to give her gyp. It hadn’t bothered her too much between tweaking it on Christmas day and now, but for whatever reason, it was becoming a problem.

New Years Day was another cracker. We decided to head for the mountains.

We headed for Parcent in Vall de Pop. We didn’t explore the village but will do so later.

We headed the opposite direction from my mini-pre-dusk explore a couple of days ago. A different route to Lliber had fantastic views through a craggy valley. We later discovered because of the diverse and endemic vegetation it was a haven for wildlife.

As ever we use Michelin paper maps or Via Michelin Android App (which has the same electronic mapping), and pick roads with a “green squiggle”. This means they are “scenic”…and oh boy, they usually are in spades !.

The road started climbing. Lots of road cyclists told the tale of this being a popular climb. The views were stunning, the roads were quiet and the SAAB was in its element!

From a cycling website “Coll de Rates is THE climb that everyone, from pro riders to novice cyclists, does when in Costa Blanca. It is by no means the steepest or the longest climb in the region, but for one reason or another the ascent from Parcent has near mythical status.”

At the top, we pulled into the carpark. This was the top of the Coll de Rates. Unfortunately, the restaurant was closed for holidays but it will open soon (it is supposed to be good). If Aileen’s knee hadn’t been painful we would have walked to the top (there was a road). There were well-marked walking routes and lots of cyclists coming and going. We saw paragliders flying near the top which we realised was their launch site. A white van came down from the top sometime later.

Ravens were swirling around, diving and showing off with their acrobatics. A farmer had a tractor out to maintain his terraced fields. The Vall de Pop lush and verdant. The mountains in the direction of Benidorm rugged and dramatic. What a spot!

We saw a Rescue Helicopter fly over then back. We assume some poor soul had some misfortune when on their New Year’s day out 🙁

It’s hard to believe how close this rugged dramatic scenery is to “tourism”. We had no real plan. We continued towards Benidorm. It changed quickly from mountain/rural to Benidorm suburbs. Susan had told us she worked in a bar in Benidorm in the 70s !. We tracked it down and went for a drink. It turns out it wasn’t the one she worked in (which probably no longer exists)….but it’s the thought that counts 😉

Parking was nigh impossible despite the time of year. It is not the “Spain” we are used to!. Let’s just leave it there ……

I went out for a jog when we got back as even walking is a struggle for Aileen at the moment. It was nice to go out as the sun went down, as a change from the morning shift 🙂 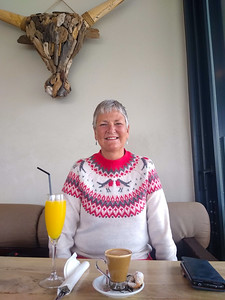 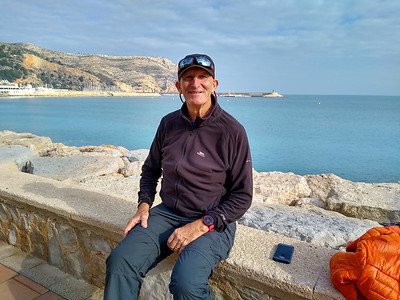 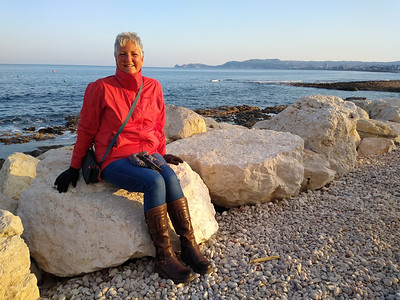 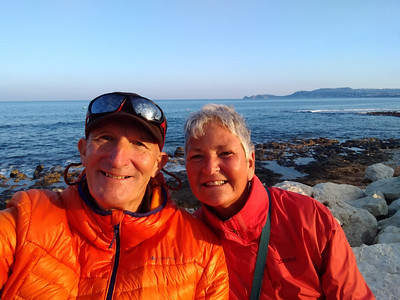 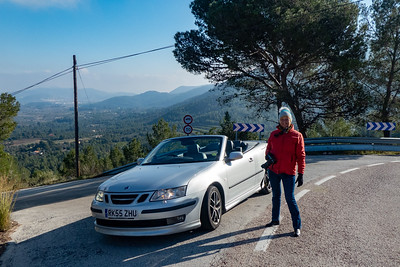 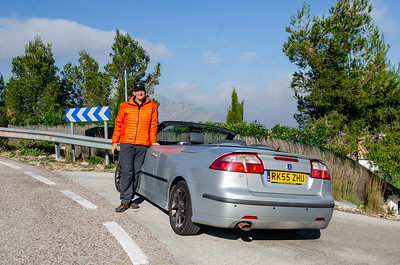 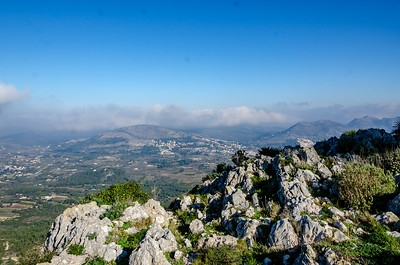 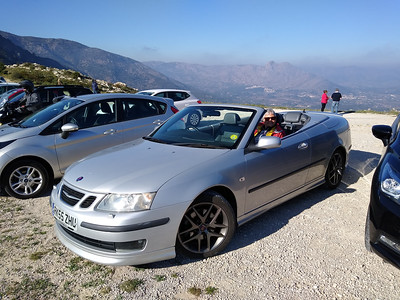 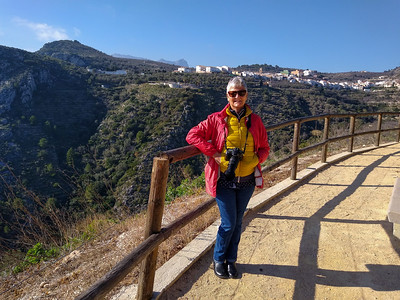 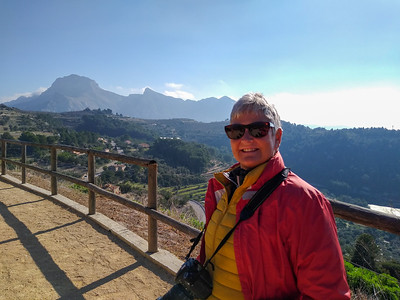 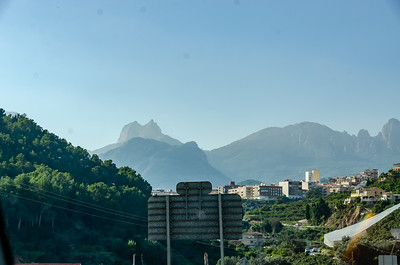