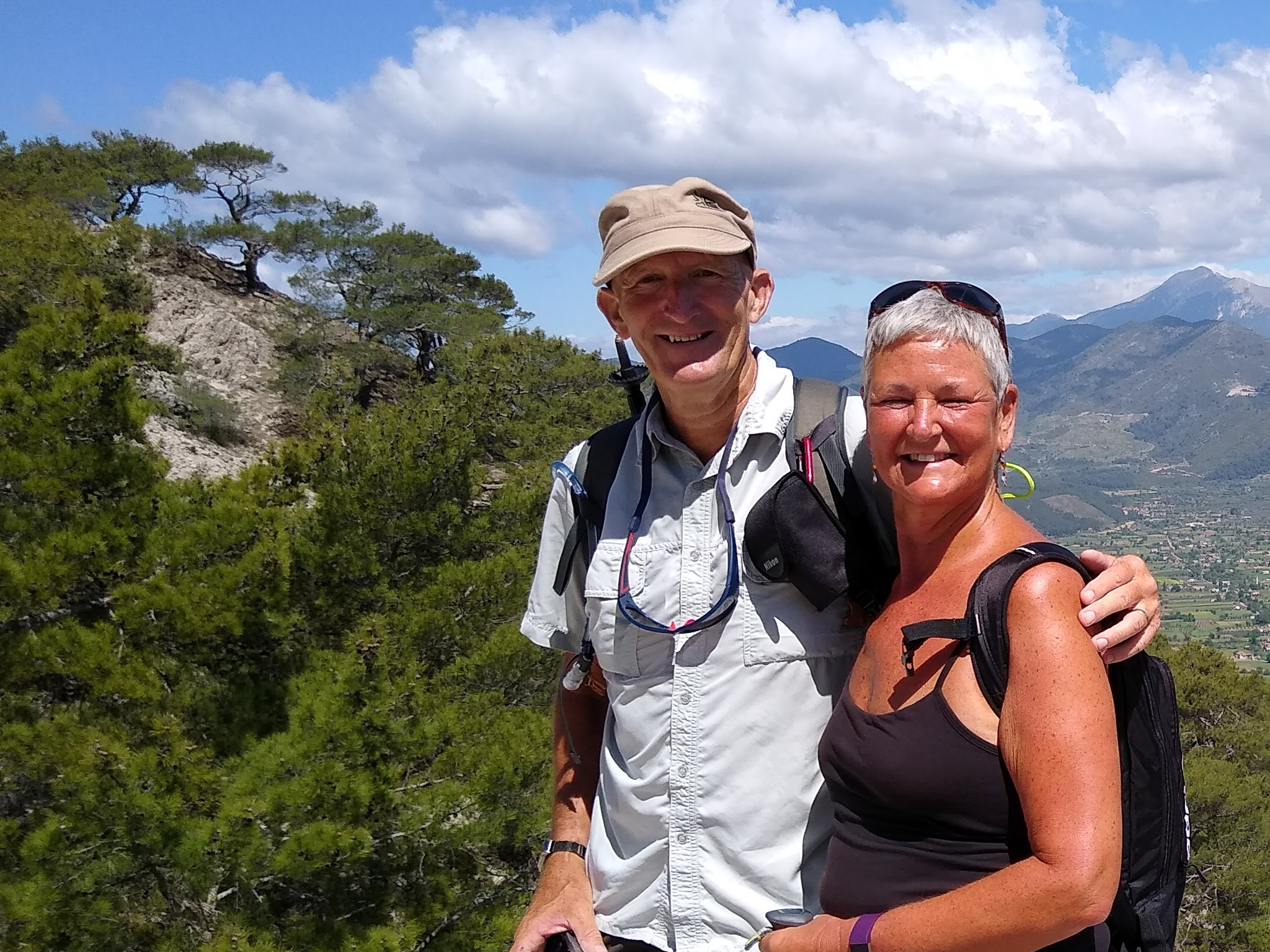 Our 2nd “Wednesday Walk” (Fethiye Ramblers). We really enjoyed the walk last week in Zorlar. The length, the picnic, the challenge and most of all the company were all spot-on.

This one was from Uzumlu. This was where we were all but moving into an apartment in 2006 had we not pulled out at the last minute. In fact, we walked past the apartment at the end of this walk!

It started well before the walk had begun. The poppy fields as you entered the village were spectacular!

The view over Uzumlu was fantastic and the picnic stop was superb with views over Fethiye if you strolled a few yards.

We met Fran and John on this walk who are great friends of Dave Tomkins and Anne-Marie. Dave, Fran and John all paraglide and Fran and John run. We have seen Fran and John in Oludeniz for years. Fran is “distinctive”. Fluorescent bikinis and blond hair tied up in “horns” when in beach mode. They are just the nicest people you could hope to meet.

We were a bit slow coming down the last bit of the hill (Aileen isn’t good on loose downhill stuff but a demon on the ascents!). Most people had left by the time we got back to the square but Dave, Anne-Marie , Fran and John had gone for a pint so we joined them!. A great craic 🙂