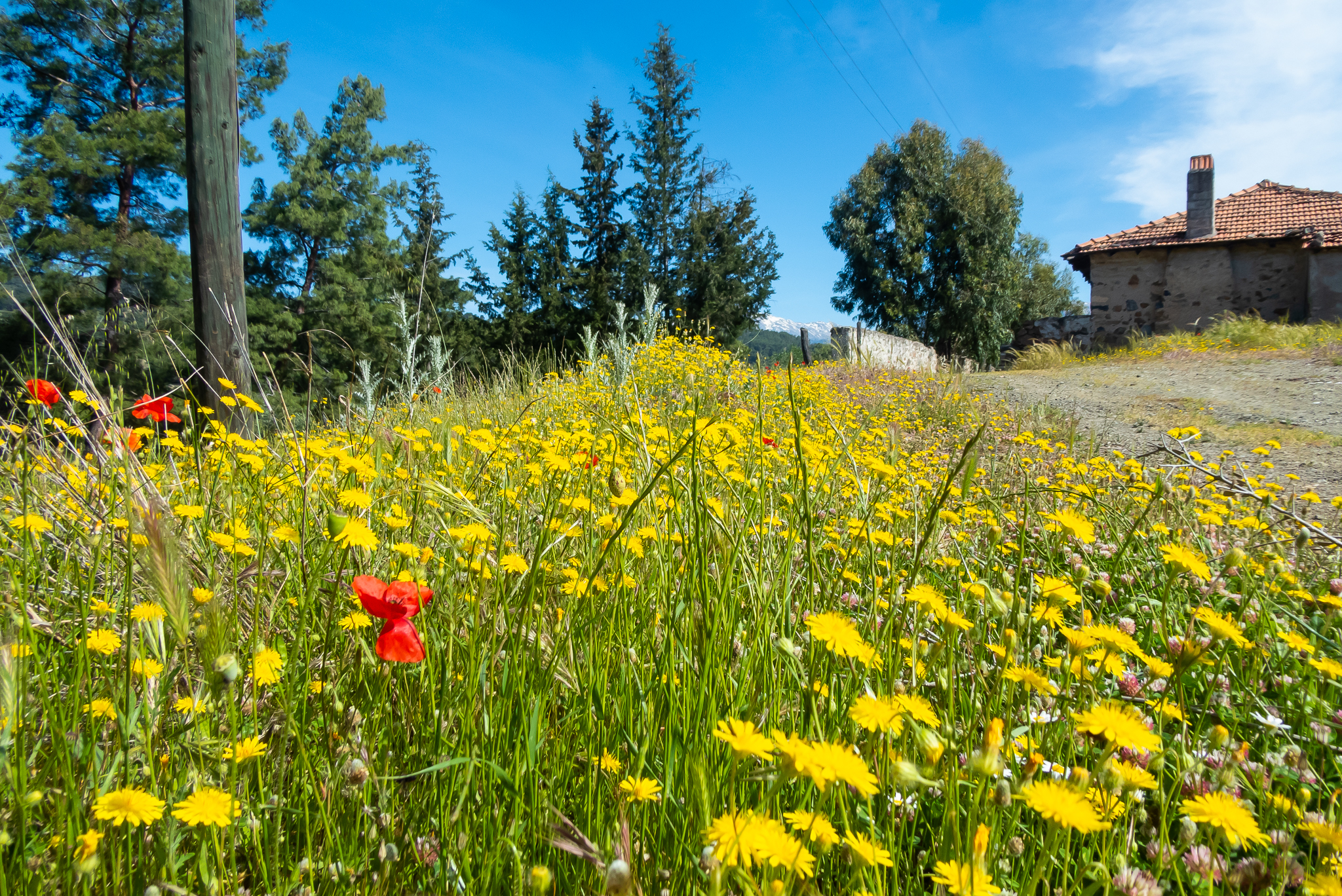 We had done a couple of the Oludeniz Hash walks and the Calis Walkers (Runners walks). These were about an hour-long, not too challenging and finished with a pre-arranged stop for lunch and a socialise after the walk.

The Fethiye Ramblers walks were every Wednesday and were more typically about 4 hours (including a picnic stop) and were likely to have a good climb (usually at the start of the walk) with an easier post-picnic return.

Our first “Wednesday walk” with Fethiye Ramblers. For our first “Wednesday Walk” the meeting point was at the side of the main road between Fethiye and Kemer (The D400), by a junction, opposite a police checkpoint. OK ….fingers crossed we could find it !.

There were a couple of cars there before we arrived (early). Nobody really got out of the cars to chat as we waited for other cars to join us …..Mmmmm maybe this lot aren’t so friendly!

A motorbike arrived. I had a chat with Rob & Claire about the bike …then we all headed off in-convoy to the nearby start of the walk.

The scenery was stunning even at the start with the spring flowers and snow on the nearby big-mountains. An easy start followed by crossing a stream by assorted methods!

The Sunday (hour-long walks with a stop at the end at a restaurant) and the Wednesday walks (these ones) were of a different nature …and not just the length/difficulty, The shorter walks tended to be walking fast and people kinda finding their own pace and not doing a lot of stopping so you ended up talking to fewer different people during the walk. The restaurant lunch at the end was more of the “mixing part”. The Wednesdays walk had more stops as the walk had a lot more uphill so there were stops to let people catch-up. There were stops for views and photographs. As a result, you ended up walking with different folk and chatting as you walked rather than it feeling like a “race”.

The picnic stop is a nice idea …apart from having to carry all the food for 2 or 3 hours plus all the water you needed on the hot walks. The slightly surprising element was that despite the friendly social walk to the picnic stop, for the picnic everyone scattered and found their own little perch to munch their goodies !. Post picnic was back to the mixing and chatting. I guess the practicalities of it being too tricky to forming a “picnic circle” made this the common-sense solution!

We met Dave Tomkins who I had chatted to on Facebook while ago about Paragliding. He had his ex-street-dog Dusty along for the walk. Dusty makes a science out of finding any water-hole / mud-hole / shady-water-hole or mud-hole and “relaxing” in it!

We had more chats with Rob about his Honda CRF250L Trail Bike. It was clear we would need transport as we spend more time in Turkey although the thought of buying a car was too expensive / a problem to “store” when the Villa was rented out of we weren’t there. A bike might be an option. More on that later!