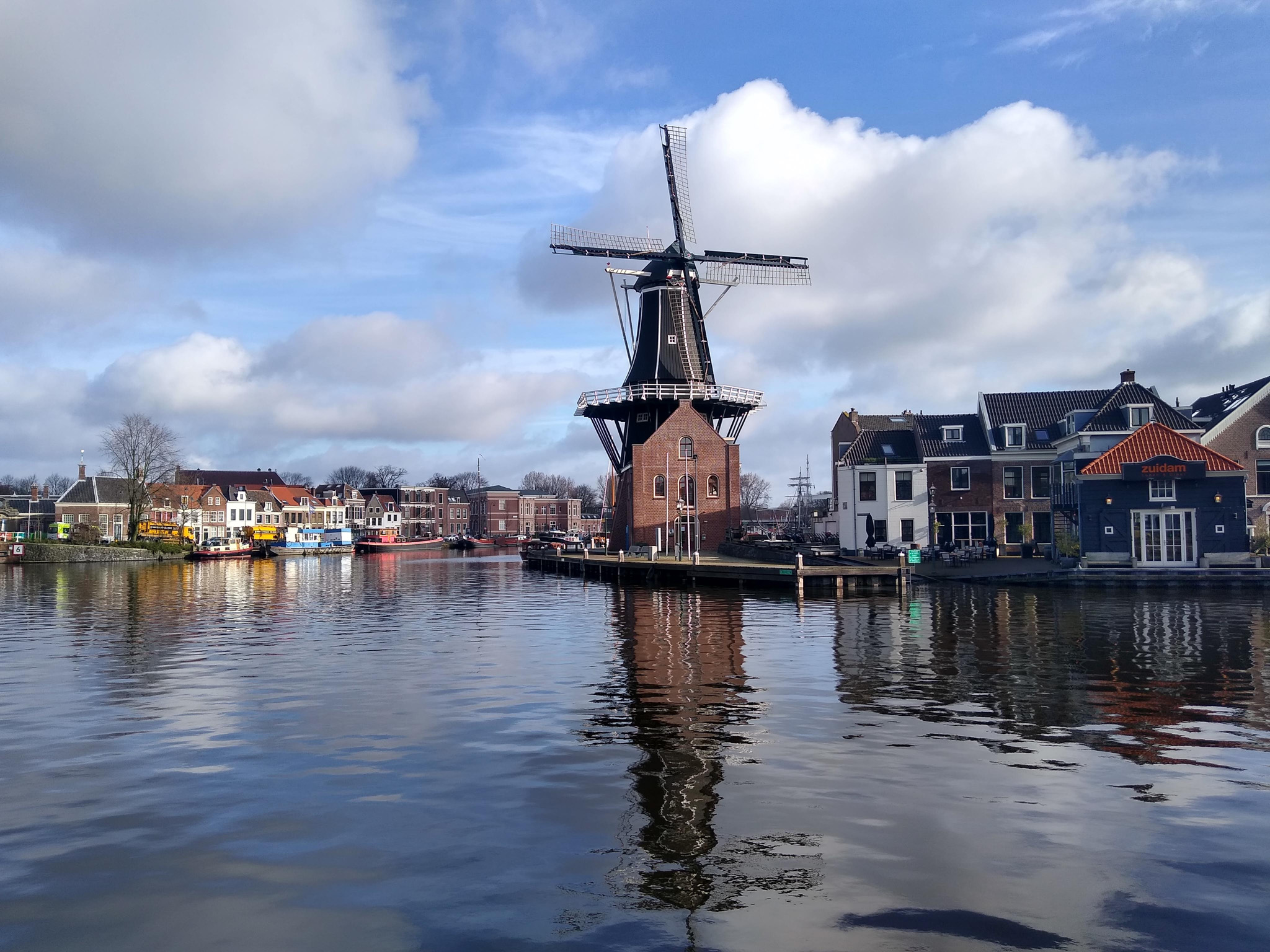 We have been back in Scone for 11 days now …. a lot has happened in the World since then. When we left Xabia on 29th Feb the Covid-19 crisis in Northern Itlay had started but there were only handfuls of reported cases elsewhere in Europe, including Spain, France, Belgium, Luxembourg and Holland we would be driving through. How things have changed!

We are glad we didn’t get stuck in no-man’s land!

We left Xabia on the 29th Feb with a plan to;

We had a good run up the recently “made free” Toll Road to Tarragona, then continuing on Toll Roads to Perpignan. Generally dry and vaguely scenic as we went round the Pyrenes even though it dulled over. We passed La Jonquera in Spain just before the French border. 2 years ago we drove through it on the Trunk Road rather than the Motorway. It is clearly where the French come in droves (and coaches) to buy things cheaper (food, drink, fuel etc). Even from the motorway, you could see it had its fair share of “Clubs”. Usually painted pink or purple with neon signs …and advertising sins of the flesh !

We were in two minds before booking Perpignan. It was about the right driving distance, but Lonely Planet didn’t make it sound scintillating

We finally found on-street parking after several “not best pleased” circuits….which at least was free as it was Saturday afternoon!. The Nyx Hotel looked really modern and nice at the Reception. The receptionist was very helpful and marked good restaurants on the map (despite me having a mump at her about their misleading parking information!). The room was nice enough, but it looked a more DIY “finish” than “quality”. It was adequate, just pricier than we would have liked for the finish.

Ae we walked the short distance into the old town we realised why we had seen squads of riot police hanging around. There had been a huge Catalan Demonstration with between 70,000 (Police estimate) and 150,000 (Organisers Estimate), people attending. It was being addressed by the exiled (from Spain) former “Spanish” Catalan leader Carles Puigdemont. He fled from Spain in October 2017 after calling the Catalan Independence Election. He is now an MEP living in Belgium and so is protected from Spanish extradition requests……

Despite Perpignan being in France, it is the 3rd largest Catalan City after Barcelona and Lleida in Spain. Catalan is spoken in Perpignan and it has a Catalan culture. In fact, this region of France is known as North Catalonia by Catalans. It also ruled the Kingdom of Majorca back in the day!

We arrived well after the Demonstration but there were still a lot of people in good spirits. Catalan musicians playing, and people joining in the Catalan dancing. Yellow and red Catalan flags and colours everywhere. Flags, hats, T-shirts etc etc, including “decorated” dogs 🙂 There was still plenty of armed Police keeping an eye on things. Getting a drink or a table in town was …..challenging.

We really liked Perpignan old town. A river runs alongside the old town. There is a maze of lanes, pedestrian streets and alleys and a nice buzz. It would be different on other February Saturdays I’m sure when a massive demonstration isn’t on!

Aileen picked a restaurant from Trip Advisor (after we checked it out in the flesh), as the “recommended ones” by the Hotel and Lonely Planet were either very busy or we didn’t fancy. We booked Les Saisons by Facebook Messenger for soon as it opened. We fully expected it to be empty at 19:05 when we arrived…but already a few tables were taken. It filled up very quickly and people were soon being turned away. We later understood why. The Service and food were outstanding and very reasonable (for France). A bottle of wine started from about 12 Euro…which for France is astonishing. We asked for the waiter’s recommendation and went for a 22 Euro bottle. It was superb. Many French restaurants start their wine at that price ….or above. A really good dining experience!

We left Perpignan early and headed up the Peage to Dijon. All pretty uneventful and uninteresting. I am not a big motorway fan, but they get the job done. The whole journey from Xabia to Haarlem would have been 30 hours if we had avoided the Peage rather than 19 hours

As we got close to Dijon the rain started….great! Again we were right in the middle of the old town (all wooden framed buildings), but we found a parking space near the Hotel. It was Sunday so we could dump it there until Monday morning.

The Hotel des Ducs was very smart and right in the heart of things close to the Cathedral, the Museum of Fine Arts which was the Palace of the Dukes of Burgundy. The rain wasn’t so smart. We got a proper soaking when we went out for a late afternoon stroll. It was so bad we had to dive into a bar for shelter….and enjoy a Ricard and a coffee 🙂 Sadly the restaurant we loved a few years ago seemed to be closed.

The rain had let off a bit when we went out for dinner but we didn’t stray far. The menu and wine prices were eye-watering! We had an OK meal in an Italian place which seemed popular with locals.

We had a full day in Dijon…but we hadn’t counted on it being wet…. The tourist information was open so we had a plan….We started with the nearby Le musée des Beaux-Arts which was housed in a part of the Palace of the Dukes of Burgundy.

Entry was a bit of a palaver. It was free, but with the aid of some Frenglish and a map, it took as a while to figure out where we had to leave our bags and our umbrella. Different staff gestured vaguely to send us back from whence we came. We eventually found the lockers (complete with locking umbrella racks!) and started the tour.

The museum was excellent. Amazing artworks with good explanations and all very close to you with most of it unguarded and unprotected. You could literally touch the canvases. Important pieces could be scanned by your phone and a video/audio file played (or the text description read). Sculptures, history, local references etc etc. It was really well done ….but in the end, we were museumed out!

We hit a local restaurant for dinner which had excellent reviews. Presentation was good but again it was pricey for what it was and Aileen’s didn’t hit the spot. A very rich stewey starter with a partially cooked (snotty) egg, then a very rich beef-cheek beef bourguignon which wasn’t stewey enough and very rich. It was too close in flavour and texture to the starter. You can’t win them all!

Sod’s Law it was a beautiful morning as we left Dijon. Why couldn’t it have been that way yesterday!

Unfortunately, as I was driving out of the deep underground car park which was a constant spiral/helter-skelter exit …and narrow, I scraped the wheel along the kerb. I was not a happy bunny. It didn’t look as bad as it sounded when I finally summoned up the courage to look at it, but it really needs re-powdercoated 🙁

This was our longest drive. There was a hold-up in Holland due to an accident, but nothing too bad.

Haarlem (Holland in general) is car and parking unfriendly, although part of that is the canal geography !. To be fair what is bad for cars makes it better for cyclists…. pedestrians seemed to be treated with equal disdain as cyclists career around “pedestrianised” areas from all directions and at less than safe speeds”. It is known a driver will be hung by the neck if he hits a cyclist (it is always the car drives fault…no matter who’s fault it is 😉 ) , yet it still amazes me cyclists crossing side-roads using their cycle-paths and their right of way, approach these really fast without a single glance to see if the driver has clocked them and is actually stopping. They must bounce well …..and a hardly a cycle helmet to be seen.

The B&B suggested we book a space with Parking Bee which we did. It was an OK price and they seem to have negotiated the use of some parking spaces in nearby business premises (they operate in the UK and in Holland). After I booked the space I realised they had some terrible reviews with either the awful parking available or not being able to get access or exit from the automated barriers. It worked fine for us and the parking was fine. They sent you a text with a URL which you clicked when you were are at the barrier and it lifted. You did the same to exit. The rain started tipping down along with hailstones as we arrived!

We had stayed in the same B&B on the Groat Square a few years ago, although it was now under a different name and ownership. You booked into the Bambu Cafe/Restaurant/Bar adjoining then went up the steep narrow, almost step-ladder access to the rooms. It is a very old building with ancient wooden beams dating back to when buildings were built in wood, like ships were.

The room looked onto the square and was large….and painted very dark blue with dull but funky lighting. It was nice in a 60’s retro way and a tad shabby-chic. We liked it though and the location was great. We couldn’t get the Nespresso coffee machine to work though as it crushed the pods rather than punctured them!. A nice touch to have the machine, but shoddy, nasty build quality compared to others I’ve used.

We enjoyed our stroll round Haarlem. We settled in for a beer at a cosy Bar Coster 52, then onto De Lacende Javaan for a nice Indonesian Rijsttafels “tapas” meal. The waiter had lived in Glasgow for a while so indulged in some Glaswegian dialect!

We made the mistake of ordering breakfast in the B&B which was delivered to our door. It was OK, but more an emergency measure if you had to leave early in the morning before other places were open. Lunch was good at the popular Jacobus Pieck.

We drove to Zandvoort which is on the coast and has a racing circuit. The last Dutch Grand Prix was held in 1985 ….although there is due to be a F1 there for 2020…..before Covid-19 appeared …. There was a fair amount of activity going on at the circuit but no racing or testing when we were peering over the fence!

We got to the Ferry terminal via the Voomar supermarket at 15:30 ….and so NO queues of cars!. The customs chap had a chat about SAABs and other blethers, then were straight on board. A lorry came on a few minutes later so I think we were the 2nd last vehicle on despite our early arrival. There were very few passengers and the ship sailed early.

I had a bunk !. I’ll try to avoid that in future and I didn’t think we booked a bunk but I couldn’t verify that ….and I was too mean to upgrade!

We had a wander round the deck in the sun, then headed back to the cabin. Covid-19 was rampant in Northern Italy and this may have been a possible crossing for people heading north from there, so we pretty much stayed in our (windowless) cabin.

It was a bright, dry day. We drove up the scenic way on the A68….stopping for a traditional snack at Greggs before we crossed the border !

The final mileage was 6075 miles between 12th December and 5th March.

Roll on the next one !