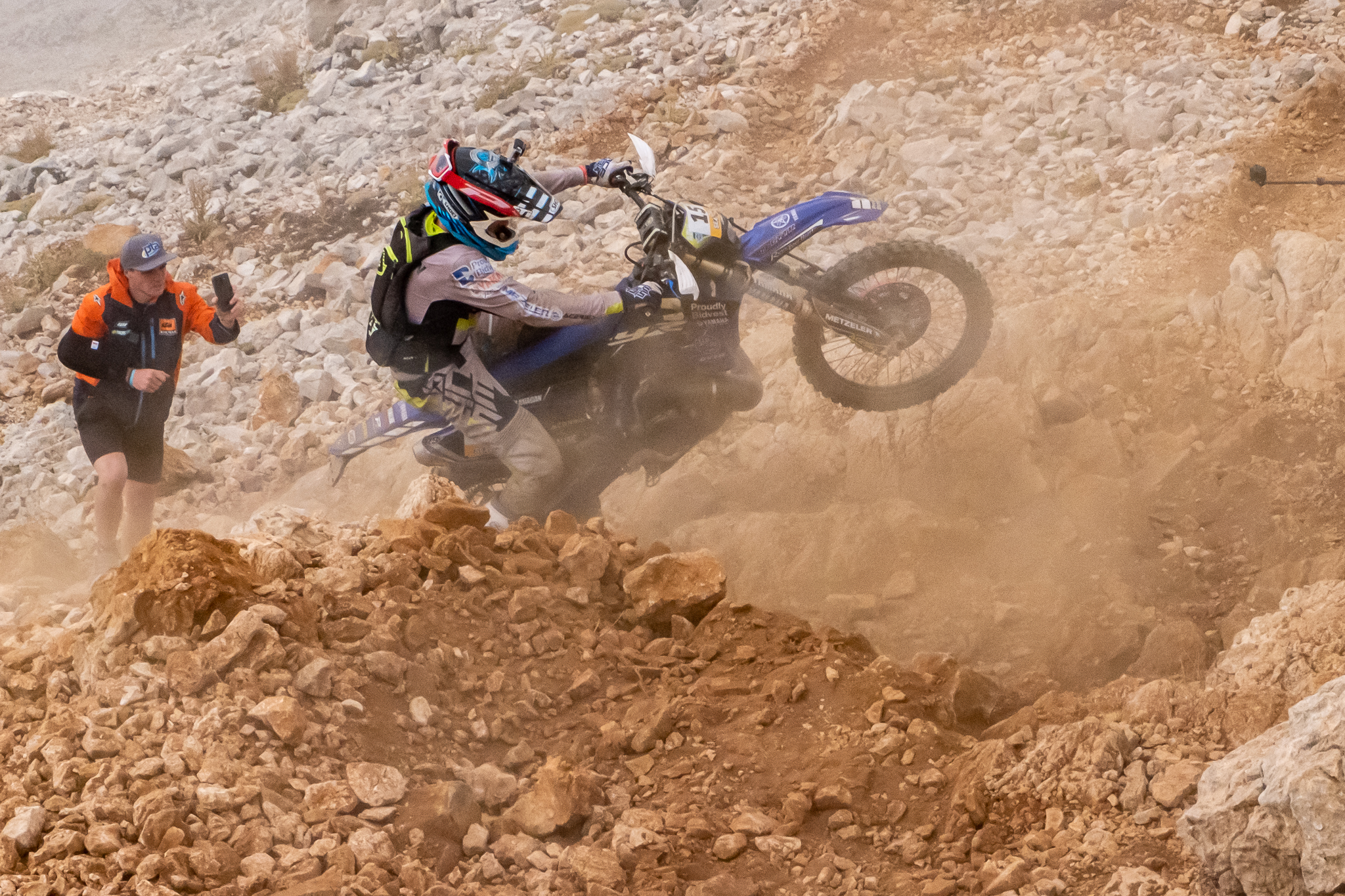 Our last day in Kemer and the final race.

This is what the other races have been leading up to. The Beach Race had heats to whittle it down to groups of 50 for 3 races for the fastest 150. The riders raced for a time and starting position in the Forest Race.

The Forest Race set the riders off at 1 minute intervals starting with the quick guys.

The final Sea to Sky race started on the beach and finished at the top of Mount Olympus at 2365 meters. It’s rugged

For this race, they start them in groups of 10 with 2 minute intervals. It is no longer about time, it’s whoever gets to the top of Mount Olympus first.

We missed the leaders racing up the river bed from the beach….which was a shame. Note to self for next year!

We hot-footed it up to the Teleferik (Cable Car). The normal fare is 32 Euro but we all have Residency so we got it for 85Tl (About £12), The cable car was slick and Swiss built and maintained. It also has the longest cables in the world at 4,350m long!

It’s a steep rugged mountain with a small paragliding area on top. Sheer on one side and a moon-like rugged landscape on the north side. The riders can be seen in the distance coming over the ridge and wending their way to the finish…..well you can see them if the cloud isn’t obscuring your view. It did that quite often…:-(

When we could see through the cloud, we could see it was a brutal finish. Even the top professional riders were struggling to make any progress up the hills and took ages to get to us. About 50 of the 261 entrants completed the whole race and got a Gold Medal

About 37 got Bronze. The remainder didn’t make it to the start grid, didn’t finish or didn’t pass enough checkpoints

Mario Roman appeared first, followed closely by Wade Young. Graham Jarvis was 10 minutes behind. He didn’t look motivated and the bike didn’t sound on-song. We had a winner!

We watched more riders then started to wander back. The tyres on the bikes which had finished were totally wrecked. One was almost a slick !. How they got up the steep rock-strewn slopes was incredible.

We think the winner Mario Roman walked back down the hill to ride a bike back up to the top. It didn’t have competition numbers so it was either a marshall or a “helper”

A helper was emptying fuel out of the tank of one of the bikes which had finished into an empty bottle of fizz. One of the young riders who had finished rode back down the hill with fuel in empty water bottles. Someone had run out of fuel further down the course and they were trying to help out. I think that was the bike with no tread on his tyres!

We set off back to Ovacik via the coast road. We haven’t driven this section before. We stopped at Kumluca for coffee. It wasn’t late but I was tired. We liked the look of the town. Very Turkish and not touristy but vibrant and “tidy”. It looked like fruit and veg was the powerhouse. It was also close to the coast.

The drive back is very picturesque with some lovely twisty roads….if they aren’t too busy.

This time we had plenty of fuel, but it was touch and go if we had enough daylight. The dipped beam on the car is pathetic but the mains are OK….and we were never going to meet many on-coming cars !

The sun was low but we pressed on. More stunning views.

There have been piles of gravel at the side of the road for a while, but they were now working on it. We had a long way to cover a graded, loose surface. Brilliant, it was like being on a Rally Stage !

The sheer side of Baba Dag in the “golden hour” (the first and last hour of daylight) was stunning. The Cable Car station, pylons, restaurants etc will no doubt open up the mountain further but they are horrible scars on the horizon.

We arrived at Olu Deniz just as the sun was about to set. Perfect. We dragged the camping chairs we bought in Decathalon Antalya out of the car, and had a glass of wine as the sun went down.

A perfect way to end a full day.

Many thanks to Rob for telling us about the event. It is top-class, and to Claire, Tracey, Rob, Sara and Geoff for their excellent company.

Improvements are 1) Better Hotel, 2) Maybe not Kemer 3) Walky Talkies where ther are no phone signal 4) gloves to help drag bikes out of holes 5) secateurs to cut back vegetation,…..I’m sure there is more !

Roll on next year !