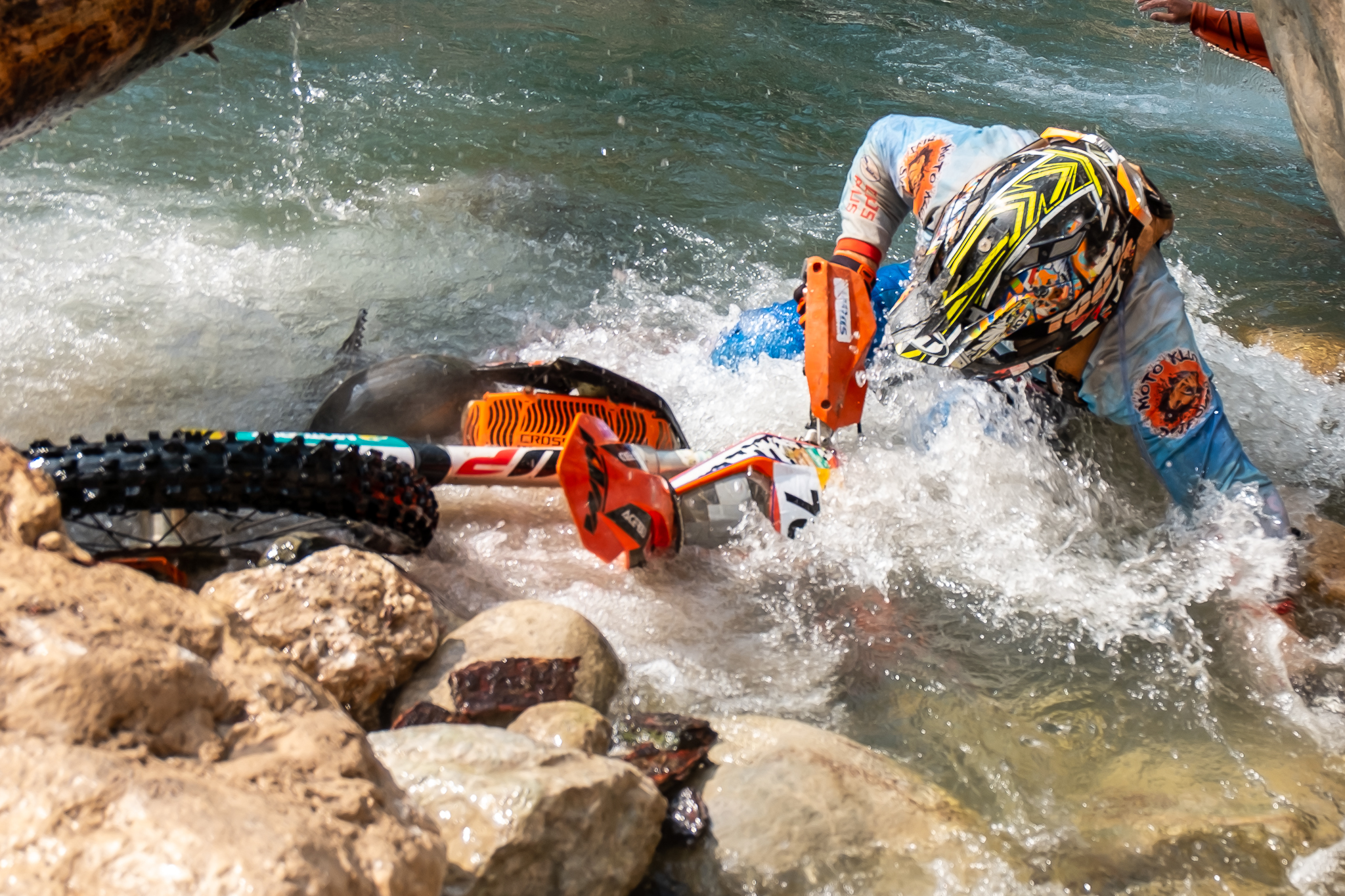 The penultimate race on Friday. The top three, Wade Joung, Mario Roman and Graham Jarvis are only separated by 90 seconds or so after 2 hard races.

Thankfully another glorious day. We started a bit earlier as the bridge over the Canyon is a popular spectator point and it is both the start and the finish of the race.

We went into the cafe at the side of the river to have a chai (tea) before the bikes came through. I had assumed the steel and wooden walkways were always in the canyon, but Rob explained they were only installed fr the bikes and would be removed as soon as the race was over. They would get washed away in winter in any event!

The lead guys came through making it look easy, but it didn’t take many more riders before they became far more cautious and some took a while to get through. We couldn’t see it without climbing down into the canyon, but there must have been a difficult entry to the steep climb as that was soon a bottleneck. Riders get very impatient if another rider is blocking them.

There was a lot of professional Media guys there. There were always one or more drones flying about when the top guys were about. As the riders came under the bridge a tiny drone rocketed up, then plummeted to the river-bed and tracked the rider….almost buzzing about directly in their faces like an irritating hornet. I could see some riders were distracted by it….but I guess they have to live with it as media / marketing / advertising / Youtube revenues are King.

A young kid was flying this drone with a virtual reality headset on. Very clever and cool.

I was talking to “Big Stu’s” family before he came through. He started in 26th before the Canyon, and ended up in 15th after the Canyon race. His dad was to put his goggles on him at the top of the climb…but it took a nano-second too long and he got in a right strop!. A bit like Turkish drivers on the horn a nano-second after the traffic lights go green!

It only took about 90 minutes for the top guys to complete 30 odd Km course. The 2nd Section was so tough some riders didn’t even attempt it and abandoned the race. Some may not have got out of the canyon, and many would have run out of time to complete the circuit in under 6 hours. It was tough!

For many riders they didn’t expect to complete the whole course, but if they reached enough Checkpoints it would keep them in a hunt for a Bronze or Silver “medal” (having completed enough checkpoints within the time-limit).

As the top guys approached the finish they had a “Cock” or “Chicken” choice. “Chicken” was through the river and over big rocks to get to the steep soft slop they had to get up to cross the finish line. It was slow.

“Cock” was over a log with a plank nailed to it and a fast smooth blast to the finishing climb.

Wade Young came through first and went “Chicken”, The risk of falling off the log into the water and drowning the bike was greater than the time he could have saved.

The photographer Ross who was snapping all the guys in the Eurotek team and the top riders told us Jarvis wasn’t going over the log, so there was no point getting in position to photograph it.

Jarvis appeared ….and shot straight over the log …..with a leg dangled out at the end to counterbalance.! He had picked up a minute on Mario Roman who had started ahead of Jarvis, but who was now on his tail. He shot over the log as well …safely.

It wasn’t long before more riders tried the log. If the rider had a “helper” they would point them to the “chicken” route to minimise risk. The crowd were trying to direct riders with no “minders” over the log to wait for the splash!. Some riders had a look and went “Chicken”. More than one had a look and decided to be brave…quite a few of them … and their bikes went for a swim!

To restart the bike (they were mostly two-strokes), they stood the bike on the back wheel, removed the foam air-filter and kicked the bike on the kickstart to empty the water out. When they thought they had enough out they would crank it on the electric start until it finally fired and cleared its throat. It wasted a lot of time!

A young lass who was a competitor (I presume she didn’t make it through to race in the Canyon Race) was watching the fun. We saw her up on the road later with her Dad and wee brother. One of the competitors family came across to have a chat with her as she pushed her bike away. It was her “platform” motocross boots she wanted a photograph of. The sole had been modified to give her extra height to get her feet on the deck. Now that takes a lot of guts riding a bike over this stuff if you cant get tour feet on the ground!

We lost contact with the “Crystal Crowd” when we explored the lower part of the river. They went higher, then down into the next stage of the canyon. They said that was truly difficult, with bikes having to helped over obstacles and with no trivial task to get the bike out of the canyon at all. A young rider asked them at the top of the canyon if it was difficult. They said yes, so the rider called it a day.

We watched a bit more with the rest of the crew from the other side of the log. There was more swimming!. We had a chat with a Hungarian Rider Barnabas Toth. He rides for the Hungarian National Six Days team in Enduro which is more speed and fewer obstacles. Sea to Sky is an “Extreme” Enduro, so an entirely different type of test with huge obstacles. He looked knackered!

He was there with his wife and baby, and stayed at the finish to see his Hungarian friends finish.

Aileen and I went to see the show in the Paddock at 19:00, The stand was almost full when we arrived at 18:30 and if you were on the bottom few rows, the people standing at the barriers would have obscured your view. I stood at the barrier to be asked to sit down by the staff. I sat down, only for my place at the barrier to be taken by everybody else who arrived.

Gaggles of Police standing around looking clueless. The VIP section had no clear path for the VIPs to get into it, and no way for them to get out to hand out prizes. They were still constructing ramps at 19:30 so everything was late.

A Red Bull Trials rider did some tricks including a somersault. A Ukranian Motocrosser was doing big jumps over a short run-up and assorted jump styles ( hand and feet of the pegs and bars, laying flat out etc etc.)

We left before the end to avoid the crush and to get into the restaurant across the road !

Click on an image to open a Gallery with captions 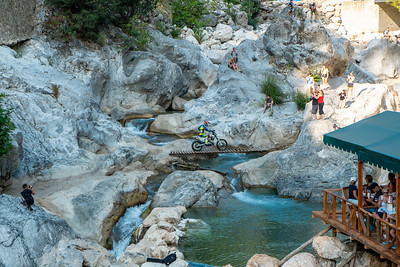 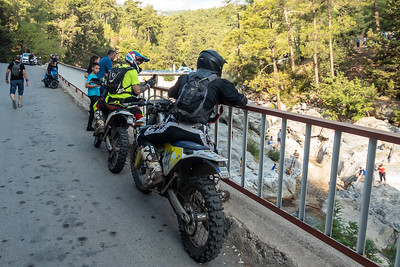 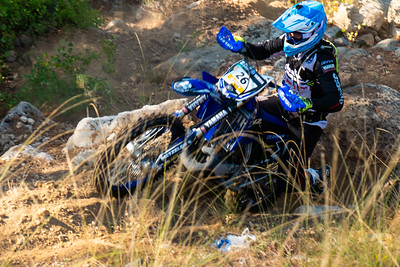 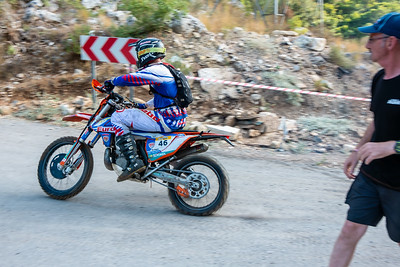 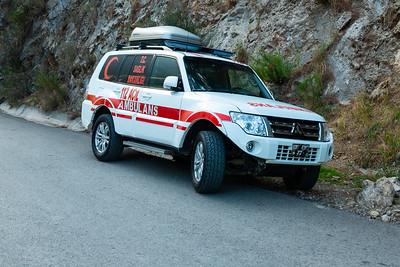 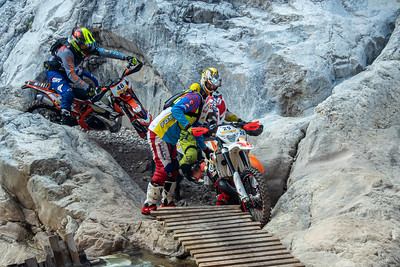 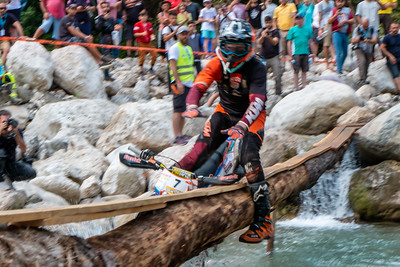 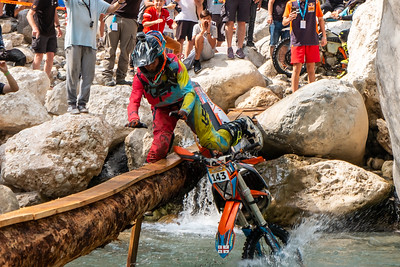 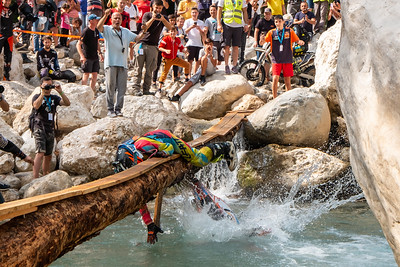 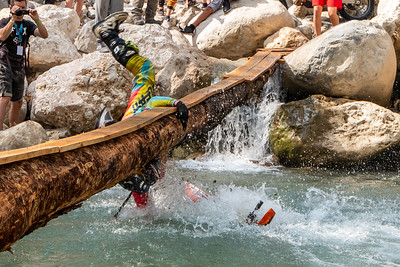 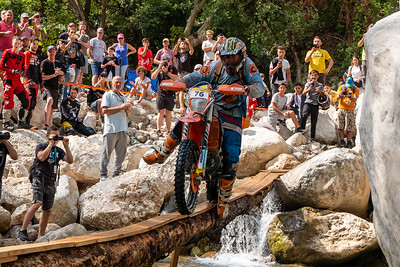 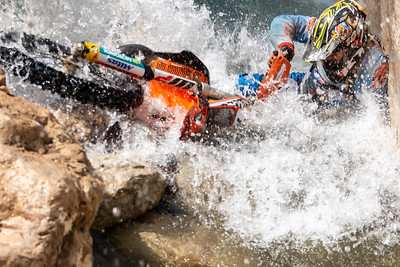 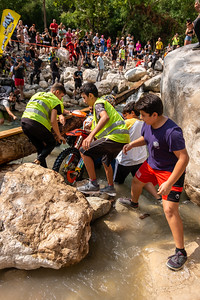 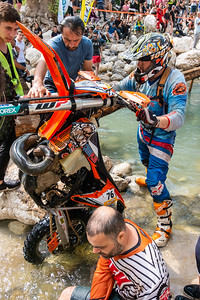 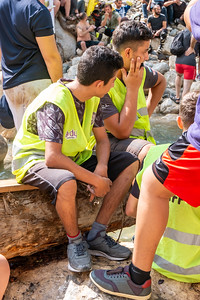 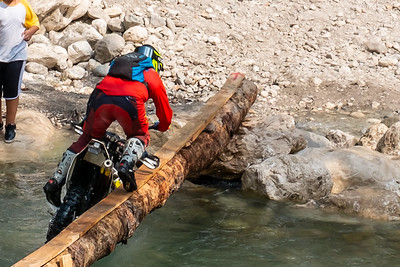 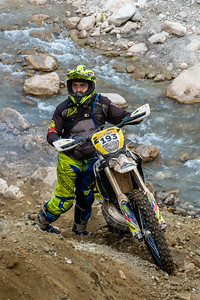 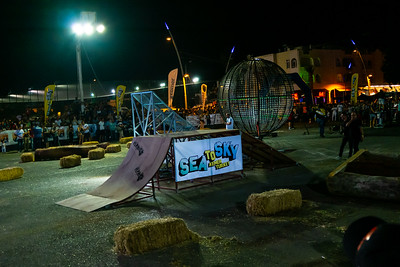