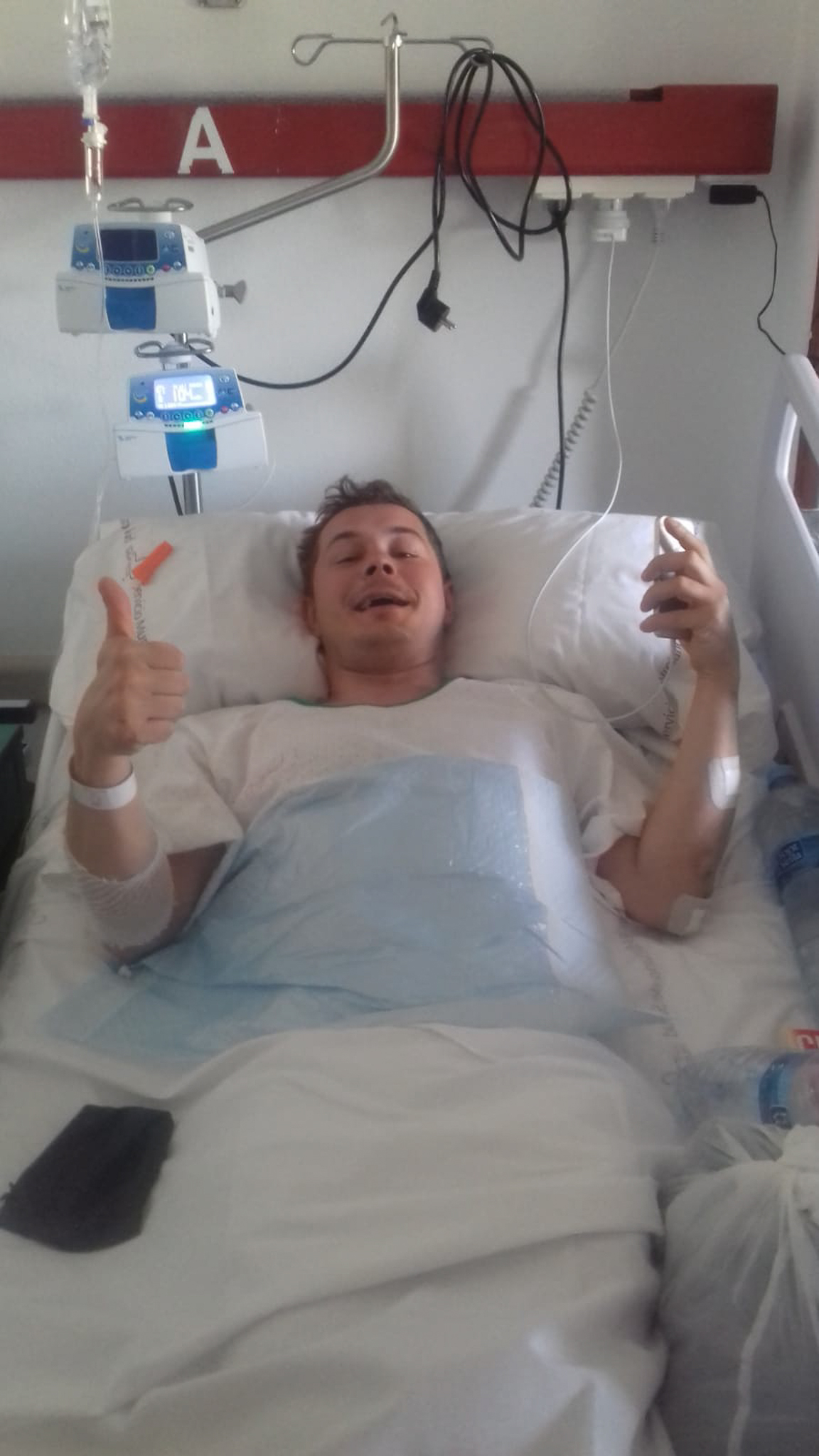 The guys headed out at 07:00 to a different higher site. I waved them off and wished them good luck

They had a good morning flight, flying for 4 or 5 minutes. I think some abortive take-offs, all forward launch but all in all a success.

They then moved to a higher site which is also used for the next more advanced course. Tony had a couple of aborted forward launch attempts. The forward launch is more tricky as you would only do this if there wasn’t enough wind to fill the canopy from a standing start. Less “actions” to it than a reverse launch but a lot you can’t see.

For a reverse launch, you have to walk backwards, get the canopy over your head as you continue to walk backwards and turn then run forwards …..but at least you can see what’s going on with the canopy and abort and try again before committing yourself if everything isn’t “right”.

On a forward launch, you simply run … fast enough to get the canopy “inflated” and over your head. The problem is you can’t see what’s going on behind you or if the canopy has come up square or not. If it hasn’t, you need to know what to do to correct it, or abort and try again…..but you may have already gone past the point of no return.

After Tony’s aborted attempt Mario was next up, He “went for it”. From what I gather his canopy came up squint and he was told to abort…but didn’t. A heavy fall before take-off down a steep part of the hill ….and a lot of pain!

Another trip to the hospital for the whole crew. He was whipped right in and put on heavy painkiller (morphine drip?), by-passing the A&E queue because of the Hospital staff’s concern and Mario’s pain.

An X-ray and an MRI scan revealed 3 broken ribs at the back near the shoulder and a bruised lung, The ribs may need surgery to re-align them / wire them but they are keeping him under observation for at least 3 days. Bruised lungs maybe sounds innocuous but it can have life-threatening complications. He certainly won’t be flying home on Sunday and may not be allowed to fly (in a passenger jet) for some time.

Simon our instructor is hugely experienced and has been doing this for years. Visits to the hospital are rare so for 2 of us out of a class of 5 to need the hospital in 3 days is unprecedented.

Mario is a real character and was enjoying the self-regulated morphine drip…and the pretty nurses :-). Not a great way for the trip to end though!

Simon is driving to Turkey on Sunday to run Cross Country trips from his place in Gocek. He will come back to Spain in September to run some more EP and CP courses before moving his business fully to Turkey

This will be the last Spain Paragliding Post. We have all lived to tell the tale and have some good stories … and scars, and most have had memorable flights. Simon said I was welcome to come back and do the EP course at no additional cost. I said I would think about it 😉

The people on the course have been a laugh and have got on really well. Simon has been excellent despite a trying week and Aileen and Moira have played their important part too.