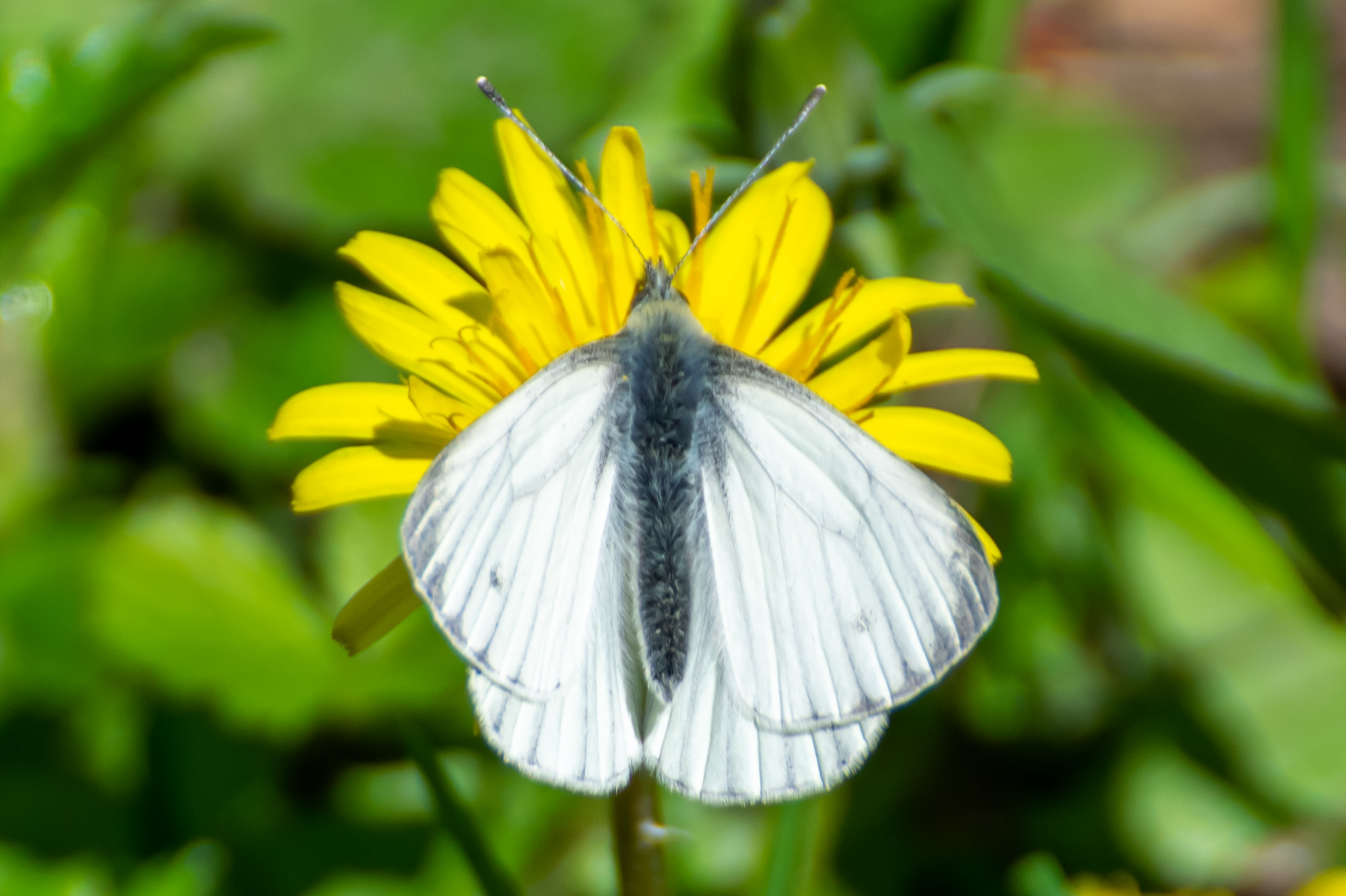 We had a complete rest day yesterday, so time to stretch the legs again. It was a sunny start but it cooled down and showers threatened and we could see showers falling across the valley …but we kept dry. Our stroll turned out to be 15km through a wide variety of habitats so we saw a lot of wildlife again, riverside and deciduous forest , hedgerows and fields, pine forests, and hillside / grazing before back to farmland and golf-course.

We finally got pics of small-white butterfly and a yellow-tip. The wren was still scurrying about the river-side. Our walk along the road and bridal-path lined by hedges brought Goldfinches, Willow Warblers, Yellowhammers ….with the Dunnock taking residence on a huge pile of Pony Poo!.

We took a different route through Deuchny Wood where I spotted red squirrel. He/she sat on a log for a while before scuttling off. The light was bad so the pics aren’t super-sharp but they are OK. Before we moved off I heard an odd call….then spotted a Woodpecker high in the trees (always behind branches). We think there were two. Aileen snapped what she thought was a woodpecker …..only to find when I had a look at the pic on the computer that it was a Jay ! .

Taking a quiet narrow footpath through a Scots Pine (I think) patch of forest, I heard something moving (I thought). After a bit of listening, we realised it was pine cones dropping from the trees. We scoured the treetops and saw small birds moving around quietly and well camouflaged. I finally managed to get some pics of one which made it to the top of the distant tree. I couldn’t tell from the viewfinder or the camera screen. From the behaviour, the type of tree and dislodging pine-cones I was hoping they were Crossbills …and they were. Probably Common Crossbills rather than Scottish Crossbills. This is a female as it’s greeny/yellow. The male is rusty/red. Poor pics, but good enough for ID. You can see her using her powerful “crossbill” to prise open the pine cones.Probably my favourite local “spot” so far.

We also came across a pond in the forest which may throw up some possibilities in future. As we headed out of the forest towards the hillside a small brown bird flew low past me. It was a Treecreeper !.

A Skylark was posing on a fence-post on top of the hill, then a few posts down a Meadow Pippit made an appearance.

Back down in the lanes, we had a great view of a Songthrush , then just a bit further on a pair of male Blackbirds having a scrap. We were almost home climbing out of The Den (maybe 200 yards from the house) when I saw a Long-tailed Tit. …and Aileen saw a deer ! There is a lot to see out there !