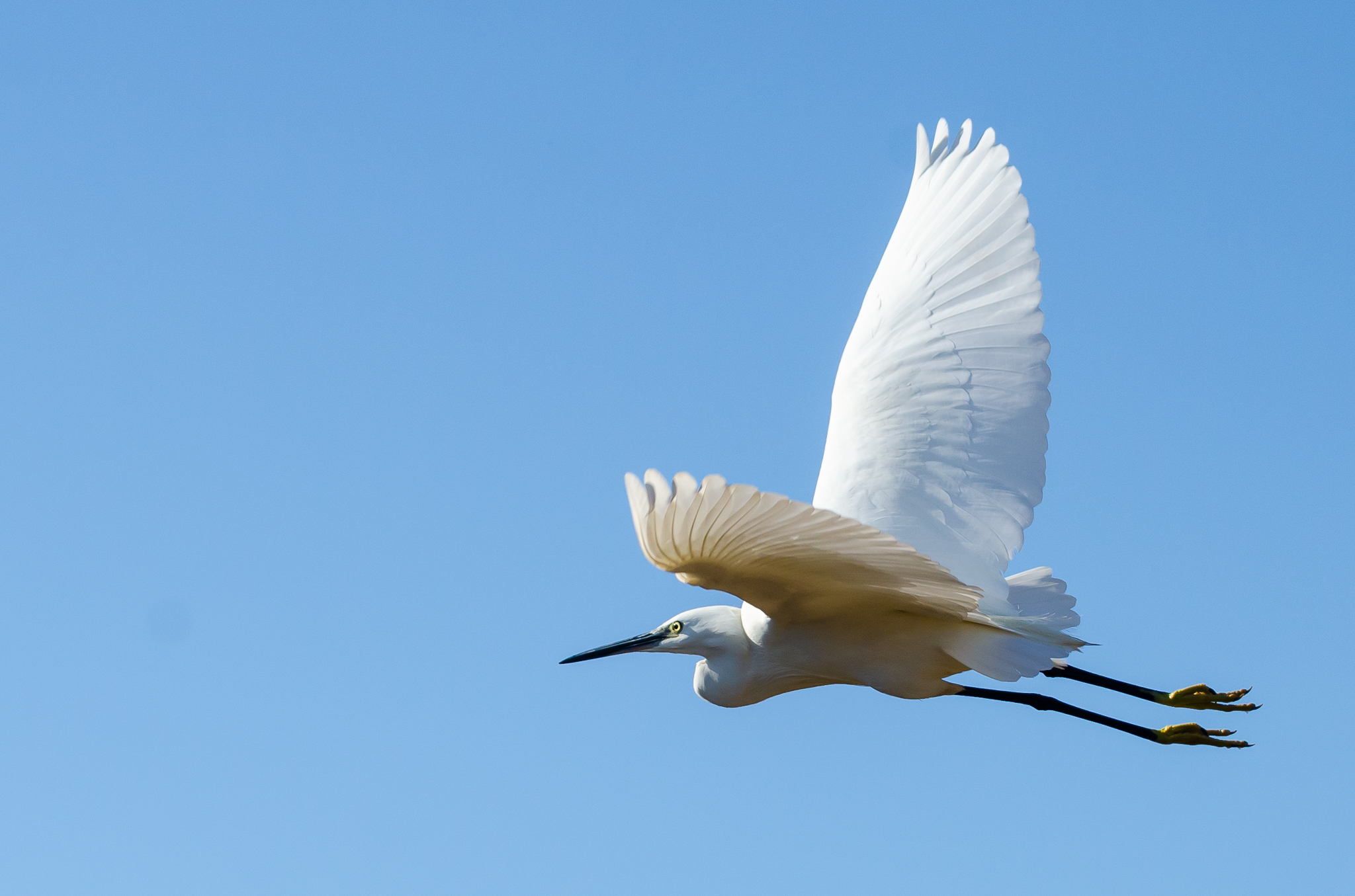 I came across the Costa Blanca Birdwatching Club on the internet who had a meeting scheduled at the Mar Menor. We signed up!

The Mar Menor is a 170 Km2 “small sea”. It’s no more than 7 meteres deep, so the water is warm compared to the open sea. It’s also important for wildlife, along with the neighbouring Salinas. It is relatively “salty” and well known for watersports.

The meeting point was at the San Pedro del Pinatar Salinas which was about 2 hours away. We could have done it in a day, but we decided to book a couple of nights in a hotel so we could explore more of the area as we hadn’t been there before.

Our friends Marion and Mark lived near Mojacar which is about a further 90 minutes away. We managed to kill 2 birds with one stone (a bit ironic as it was primarily a Birdwatching trip 😉 ) and stayed an additional night to meet up with Marion and Mark there too.

Before we checked into the hotel we headed to Santiago de la Ribera. It was a fishing village before tourism became rampant. As is often the case when driving “through” seaside places, they are pretty unremarkable …if not worse. We parked up an wandered to the waterfront. It was quite pleasant in an old-fashioned / lo-rise / Spanish resort type way. There weren’t a lot of restaurants, especially during winter and we were “early” (before 13:30 !)

We bagged a seat in the sun in a very local restaurant on the main street. It was empty when we arrived. We asked if they served lunch….the waiter checked his watch ….. it was “only” 13:15 but he kindly agreed to serve us early :-). The menu del dia was pleasant enough and reasonable.

We were greatly amused by the gathering of elderly ladies in the restaurant. They arrived in ones , twos and squads as if trouping into the Ark ! . It’s hard to estimate how many ladies arrived for the “party” …..but we were amazed the building didn’t start listing!

We drove through the nearby Los Alcazares , another former fishing village. We didn’t go down to the waterfront due to lack of time, but the “through road” was equally uninspiring.

We passed the now disused Murcia Airport and the Military airfield (lots of training jets flying and prop-planes flying in close-formation). There were wetlands and Salinas all along the way, and very healthy, well-maintained fields of vegetables with many being harvested. Because of the “off-limits” nature of these areas and the wetland areas, it will be a haven for wildlife

We pressed on towards La Manga (The sleeve). We had heard it was a bit upmarket. It’s essentially a 20 Km spit of land averaging 100 meters wide, almost touching the far shoreline, and enclosing (almost) the Mar Menor. Undeveloped until the 1960s

You can see the Mar Menor from miles away as its a Floridaesque “high-rise” skyline is at odds with the rest of the coastline. We drove the 20km “sleeve”, negotiating the speed-bumps, roundabouts and lights……. we just didn’t get it. At the end of La Manga, there was …..nothing. We drove back very unimpressed !.

Now I’m sure it ticks many boxes for many people and has some nice parts. There are assorted moorings, harbours and anchorages and must have more the 40 Km of beaches and shoreline. Being stuck away on a strip of coast seemed a disadvantage rather than an advantage to us!

Perhaps the most powerful indication of how underwhelmed we were, is we have hardly any photographs of the trip to La Manga and back……and that is rare for us !. It just didn’t grab us.

Hotel Traiña was a pleasant surprise. A lovely girl in Reception, a large room with a huge balcony and great views. It had probably been fitted out quite a while ago, but it was all nicely maintained and cared for. It had a nice pool on the roof and a lovely sun terrace. We liked.

We couldn’t really figure out where the town centre was (its kinda set back from the coast a bit), so we headed to the waterfront. It was actually really nice …. to our surprise!. A big snazzy seafood restaurant opposite the Marina / Yacht Club. Nicely kept beaches, and an old-fashioned resort feel with the odd low-key bar or restaurant dotted along the prom.

I guess improving weather and a beautiful sunset all helped. We didn’t stay out late, we headed back and just has some cheese and ham in the room for our tea !

We met the folk from the Costa Blanca Birdwatching Club at the Salinas a 6-minute drive away. A nice group of people as is the norm for these things. All scopes and binos with only one camera. This is a Birdwatching club , not a Photographic one!

In fact, a chap we met at La Honda last week was at the meeting too.

The weather was superb. Sunny and flat-calm water and some lovely “spots” including a Spotted-redshank and Hoopoe . The Salinas were in full commercial swing with lorries coming and going to load up……also military training planes flying over “

We moved back to the visitor centre and had a chat with one of the Guides. Just a few metres away was a stream which was a great place to watch lots of avian activity …including a Kingfisher 🙂

The whole area is flat and it was badly hit by flooding more than once last year which changed how wildlife behaved and fed. We moved on to a drier area to watch for Raptors. We spotted a Marsh Harrier and a Kestrel but not a lot else. I saw an Iberian Shrike.

Lunch time !. It was a big, uninspiring looking place at the side of the road (not uncommon). Restaurante Campo Verde was unsurprising in so far as these places are always full of surprises !. It was huge …and very busy with locals !. The Menu del dia was €9 and was good if not gastro 😉

We had a last stop at Faro Cabo de Palos. Some saw a Blue Rockthrush ….we didn’t !

Another simple snack in our room was all we needed for tea !

Mark and Marion were driving up to meet us on the Friday. We had a wander around until they arrived. Another beautiful day thankfully.

We continued our exploration in the opposite direction towards Ribera. We passed the fish market, gym , paddle/kayak etc club and a huddle of small cafes/bars beside the beautifully kept beach. The property along the front was modest and charming….although some of these properties looked like they were going to be re-developed into something more flash.

We grabbed a coffee at D’Lounge right beside the beach and arranged to meet Marion and Mark there. Poor Marion was struggling with the cold and sounded like she had been gargling with glass! We even stayed there for lunch which was very good. Quite surprising for somewhere which looked like a cross between a daytime Cafe and a night-time Club !. Aileen and I shared 6 x Caballito (Tempura Prawns which is a Murcian dish), and chicken meatballs. Very tasty!

Maggie (the dog) needed a walk, so we explored back towards the Salinas. It really is an excellent place to promenade and take-in the wildlife. Flamingos and Black-winged stilts nearby and a large flotilla of Black-necked Grebes. Fab!

There weren’t a huge range of places to eat at this time of year so we went back to D’Lounge. The food was again good but even a shared pizza between Aileen and me was too much!

We decided to go for the complete set on Saturday and had breakfast at D’Lounge as well !. Mark and I went for the “Full English” …and very good it was too!

We watch various formations of kayaking/canoeing. Olympic “Sprint Canoes” seemed to be a big thing here. Long narrow canoes where you kneel on one knee and paddle with a single blade paddle. These can be one man, two-man or four-man. We saw all configurations on the Mar Menor

We found the centre of San Pedro del Pinatar. It is not obvious where the town centre is as it is compact and higgeldy piggelty, but looked interesting enough to explore if we are back.

The forecast for the Red Alert Storm, Gloria was still confirmed for Sunday. We had to put the top-up as we left San Pedro del Pinatar as some rain came on. We stopped at La Mata, another wetland area adjacent to the Torrjevieja wetlands. It was a pleasant walk but we didn’t see much …other than some Stone Curlews landing ….we didn’t see them on the ground!

The Rangers had been out with volunteers doing some painting. They were walking away from the hide as we walked towards it. They stopped to tell us they had painted the hide………and could we stick a notice on the door to say it had been recently painted! ……. They did have the notice with some double-sided tape on it….they must have forgotten to stick it on !.

We drove back the rest of the journey with the top down. Job done!

We had a drink at L’Arenal to watch the sun go down. Nice to see a good number of people out surfing, Some young, some old … and one barely past being a toddler!

You got the feel everyone was braced for “Red Alert” Storm Gloria due on Sunday night. A Red Alert storm doesn’t happen often. Sandbags were piled up beside some of the businesses, at the side of the beach, and a huge sand barrier had been built by diggers to try and protect businesses at the sharp end of the beach.

If you have already seen our Facebook posts you will know Storm Gloria hit hard ….

It was an interesting visit. Great for birdwatching. On this visit, San Pedro del Pinatar was the most interesting place for that.

In terms of somewhere to holiday, a brief visit like this is only a “flavour” and scratching the surface. We didn’t come across anywhere we liked enough to add to our shortlist ….but there will be many wonderful places we didn’t visit ….or just didn’t go to the right parts of where we did visit.

Having said that, we aren’t really “beach resort” people. One man’s meat is another man’s poison …

If we go back birdwatching we would be more than happy to use San Pedro del Pinatar as our base.