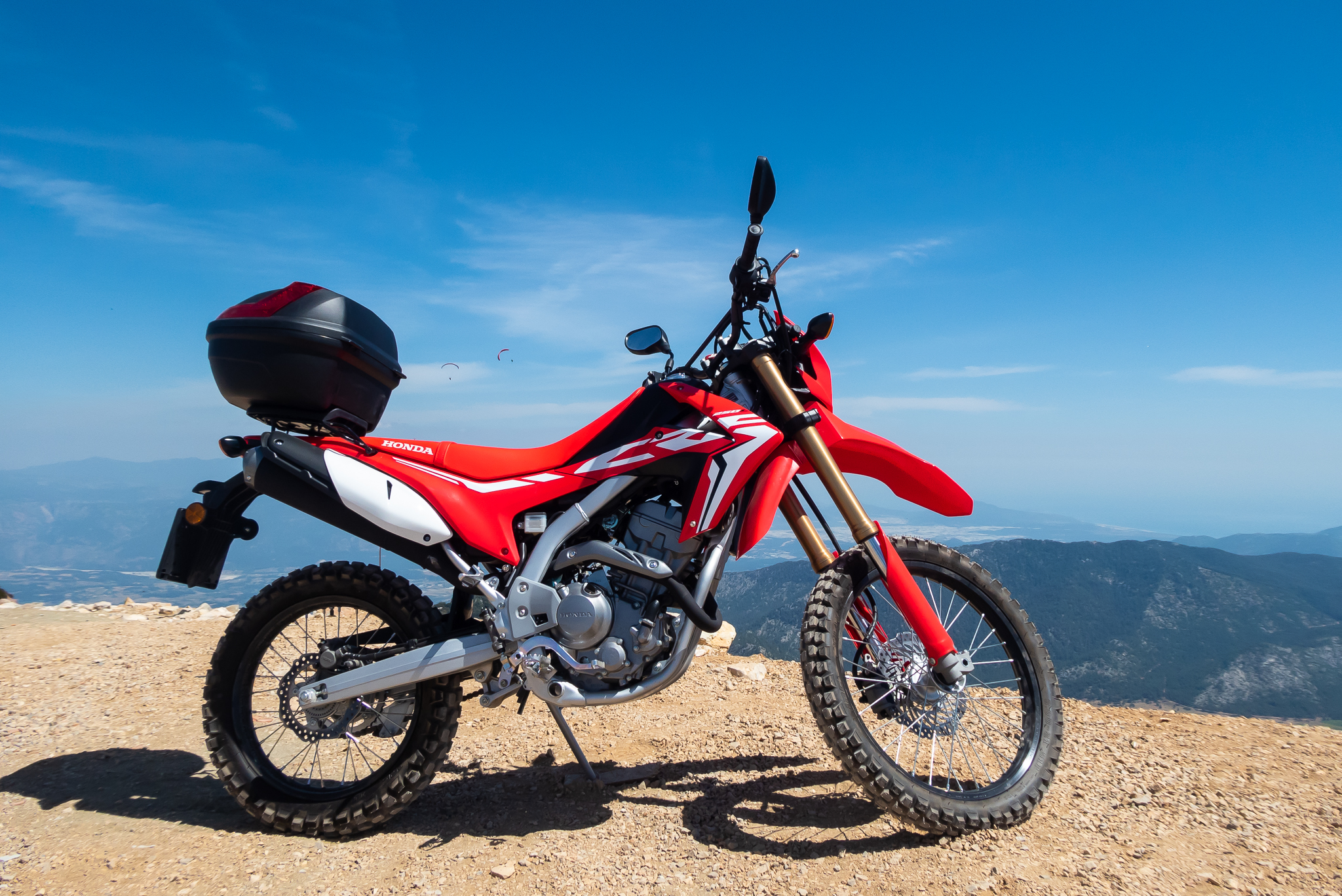 I have been using Facebook Albums as my “Blog” tool, but it does have issues despite being easy to use. Potentially losing them in the future is one concern as is the search limitations. Let’s see how this works…!

No real logic as to what is the first post so let’s go with our new transport for Turkey!

We started doing some of the groups and activities this year. In November we went for one walk with the Oludeniz Hash House Harriers. The social side and the lovely people we met were as great as the walk. We also tried Yoga with Eagle which we loved too

Our first “Wednesday” walk with the Fethiye Ramblers was a longer more strenuous wander!. About 4 hours including a picnic stop and a good deal of hills almost essential !. We met Rob and Claire on this walk. Rob had a Honda 250 trail bike and we had a good old chat about it. That sewed the seed which resulted in me buying a brand new one! The logic made sense but the price was just too good to miss!

I had the choice of 2 colours…. decisions, decisions. It had to be “Honda red !” ….their famous “Big Red” Motocross colour.

The whole idea is future local transport for us but also something we can explore forestry tracks with.

Our first outing was down to Oludeniz. So far so good !

The next marginally more ambitious trip was along the Lycian way then out to Butterfly Valley. The bike coped very well on the unmade Lycian Way with some rough surfaces. The twisty hilly road to Butterfly Valley showed the bike to be nice and capable on the road.

It was time to raise the stakes !. A trip up Babadag !. We only just started when Aileen felt her foot getting hot !. It became clear there was a design flaw !. It was all too easy for the pillions foot to touch the hot exhaust and melt the shoe!. After a change of shoes to an old knackered pair of shoes which already had the sole coming off the journey continued !.

It was a good climb up nearly 6000 feet. The bike made it fine although a bit more power would have been nice. We won’t be going up Babadag as a regular commute though!

The new restaurant looks great although we just had a refreshment. The work on the cable car and chairlift continues and is to be completed in 2020. We went up to the very top which was a bit more hairy! Gravelly in places with huge uncovered hols where the manhole covers were missing. Add in construction lorries and paraglider minibuses coming down as we went up. They definitely weren’t stopping!

After a few pics, we headed down. The bike coped very well with the descent. Good engine braking and decent brakes. We still had to watch out for the paraglider minibuses haring up the hill and taking no prisoners!

And of course, the motorbike was the thin end of the wedge !. I needed somewhere to keep it when we let the villa out and over winter, I had started cycling and bought a fancy bike, we left the paddleboards inflated and transported them on the roof of the car so they were kicking about inside the villa (over 10 feet long so they take up a bit of room !)

Amazing how the idea of a simple temporary “shed” morphed into a stone garage with a tiled roof! I blame Aileen 🙂

In fact, it will be really handy as we moved all the tools in there along with bikes, SUPs, kayak and motorbike !. A real Aladdin’s cave !. The Autumn project is to shelve it!

This is an experimental blog but any comments on format etc much appreciated.

2 thoughts on “Let’s give this Blog thing a try! The new Honda !”