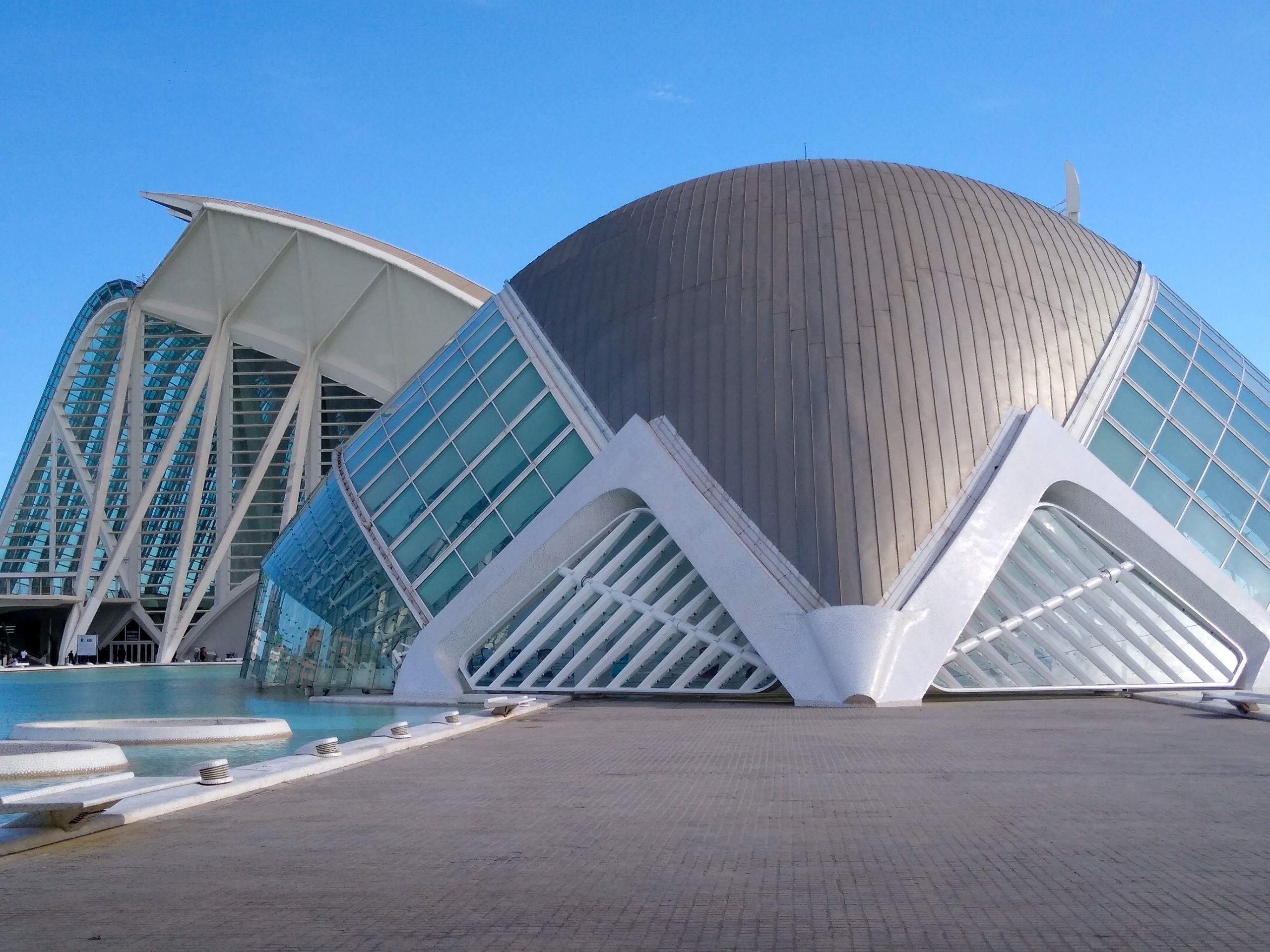 Kenny & Moira were our first visitors. We drove up to Valencia to meet them as we had decided to spend a night there and see the City. K&M were flying into Valencia super-cheap, and getting the Metro into town. Valencia Airport is part of the City rather than located miles outside.

We were all booked into Hotel Mediterraneo which was close to the main square and could do parking for 15 Euro a day (1/2 price). The Hotel looked great in Booking.com and wasn’t expensive. It was even better in the flesh. Very modern and boutiquey and with super-helpful staff.

I had mentioned we might spend 2 nights in Valencia as there was a lot to see and the weather was good. The Hotel had two rooms left which they held for us. We decided to go for it. It was a good decision as we now didn’t have to run around Valencia.

A quick bite of Tapas in the excellent Taberna Antonio Manuel then a walk through the elegant streets to the re-routed river Turia, which is now a ribbon of gardens, parks, sculptures, sports grounds ….and the City of Arts and Sciences. Striking modern architecture comprising of a stunning futuristic Opera House, a Hemisphere, Science Museum, Agora and L’Oceanogràfic.

The weather improved as we got to the modernista buildings. They look far better in the sun with blue skies !

Back into town for some Churos then a re-charge back at the Hotel, then back out at night for a wander. I must admit I was feeling a bit ropey with the cold which meant I wasn’t hungry. In fact, this was probably the start of something hanging about me for a few weeks. We settled on Pasta Passione for a really nice Italian meal

We hit the Valencia Central (food) Market first. It is huge!. It’s also one of the biggest in Europe and a fantastic early 1900’s work of art with glass domes and tiled decoration. A Cathedral to fresh local produce.

Sadly the excellent bar in there didn’t do the type of breakfast we were looking for. We hit “Brunch Corner” instead which had a fab menu of international breakfast choices.

We headed off on the “Free” walking tour of Essential Valencia. As usual with these, it was interesting, educational and a good laugh. 🙂

Stories of Romans, Moors, riches through silk trade and production, Borgias Palaces, re-routed river after a devastating 1957 flood, and much much more. The tour stopped so we could visit the Central Market but we had already been there….so we had a beer instead!

More walking, a visit to the Silk Museum which was really interesting and a quick dash round a couple of bling churches (which were included with the silk museum ticket !). We finished the night with some Pinxtos and an Agua de Valencia outside the 2nd narrowest building in Europe. Well it was, until the bar we bought the drinks from bought “Estrecha” and knocked the wall down to give them an extra 1.07 meters of space!

As we booked direct with the hotel for our 2nd night, Breakfast was included this time and it was a really excellent breakfast! The highlight was Kenny piling cheese and ham on top of his croissant …..which turned out to be filled with custard!. Kenny still liked it 🙂

It was a cracking day so it was Kenny and Moira’s first trip in the SAAB with the top down! The Marina and beach were close so they survived!.

The Marina was huge with a wide channel and basin. Long enough and wide enough for them to have dingy races in there. It was Saturday and the place was a hive of watersport activities. SUP, assorted paddle sports, catamaran sailing, dingy sailing etc. A band was setting up in the Bandstand for a free concert. Badlands were sounding good in the soundcheck but we had to leave before they started.

The adjoining beach was broad and nicely manicured. What a spot !

We carried on to L’Albufera to wander round the Wildlife Visitors centre. Onwards and upwards to El Palmar for proper Paellla. Rice growing is hugely important in L’Albufera and this is where Paella was “invented”. We continued our walk back to the car along the Venice like “canal” which was lined with busy restaurants.

Valencia is a fab city in all its facets 🙂 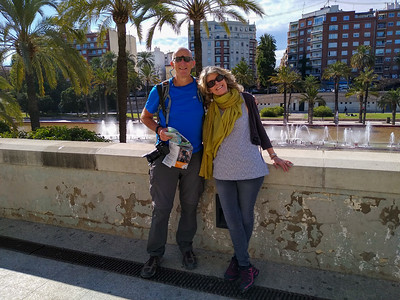 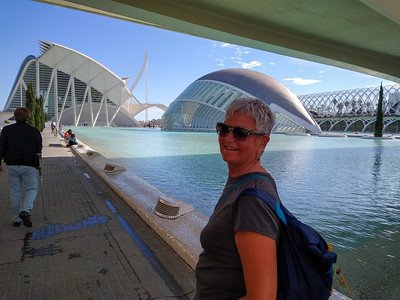 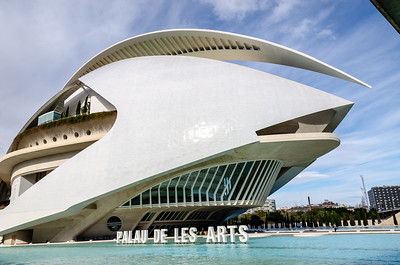 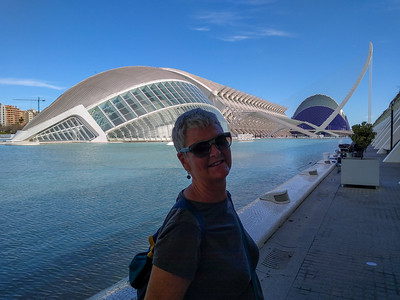 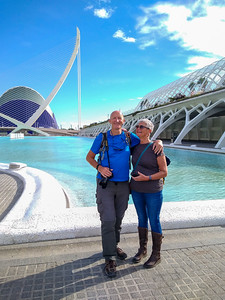 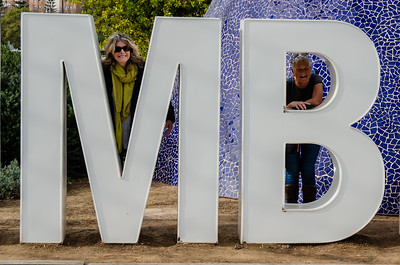 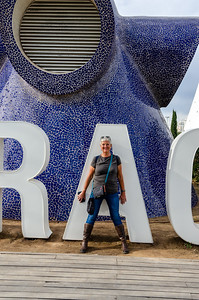 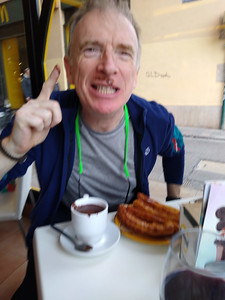 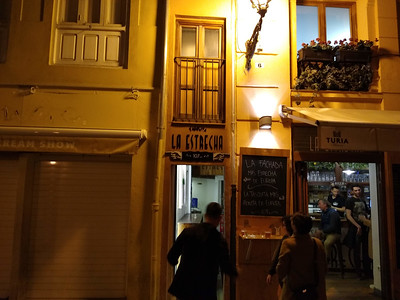 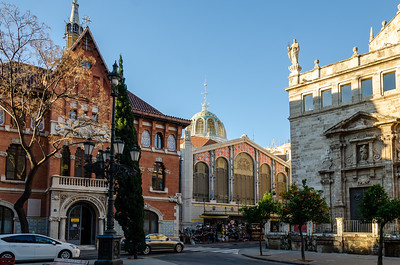 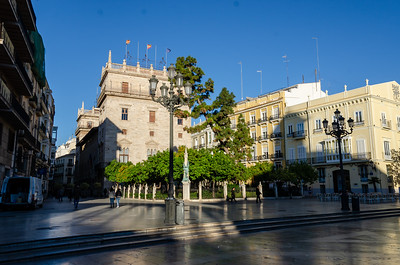 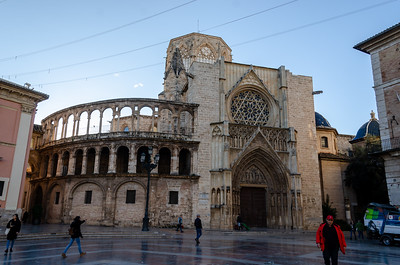 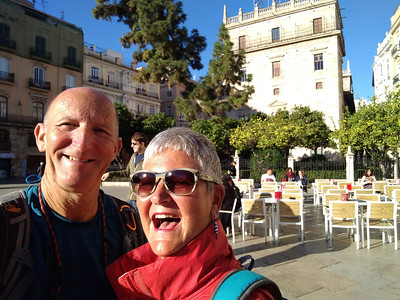 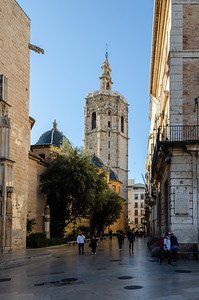 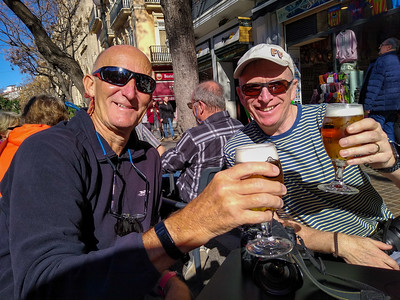 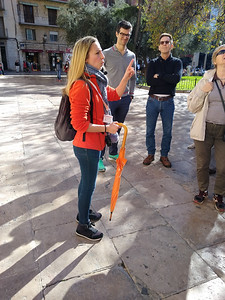 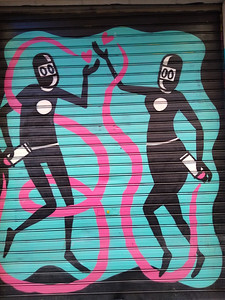 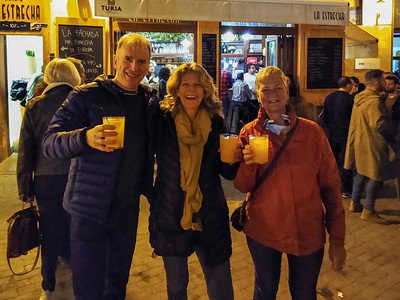 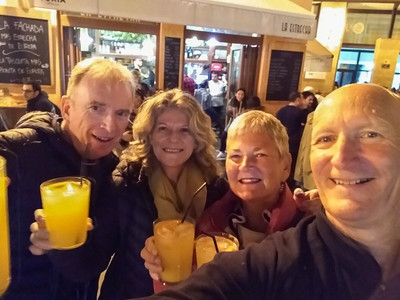 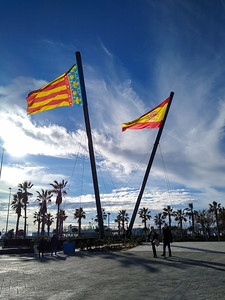 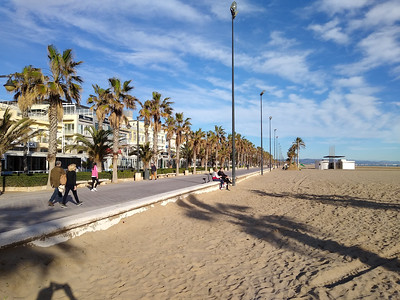 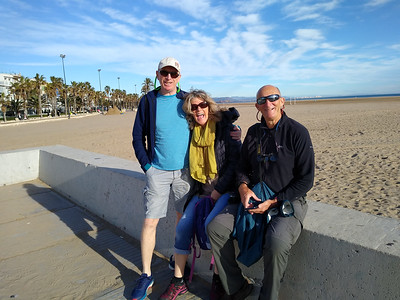 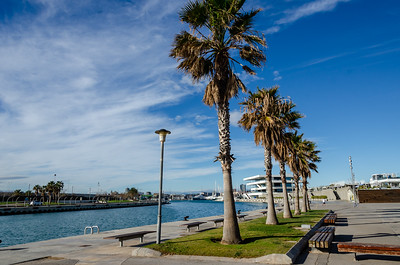 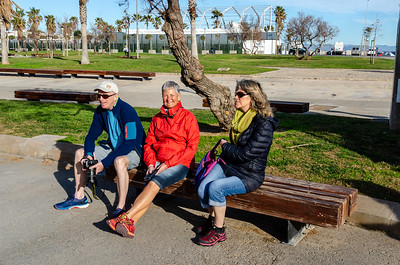 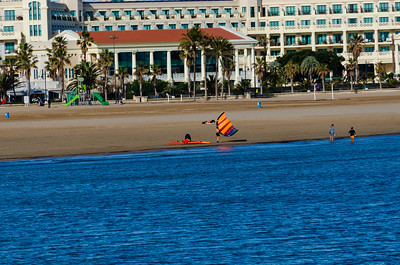 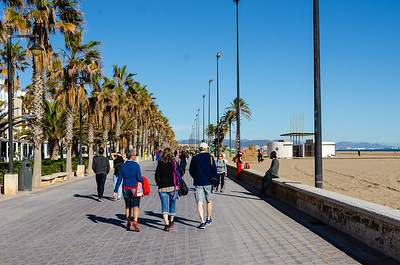