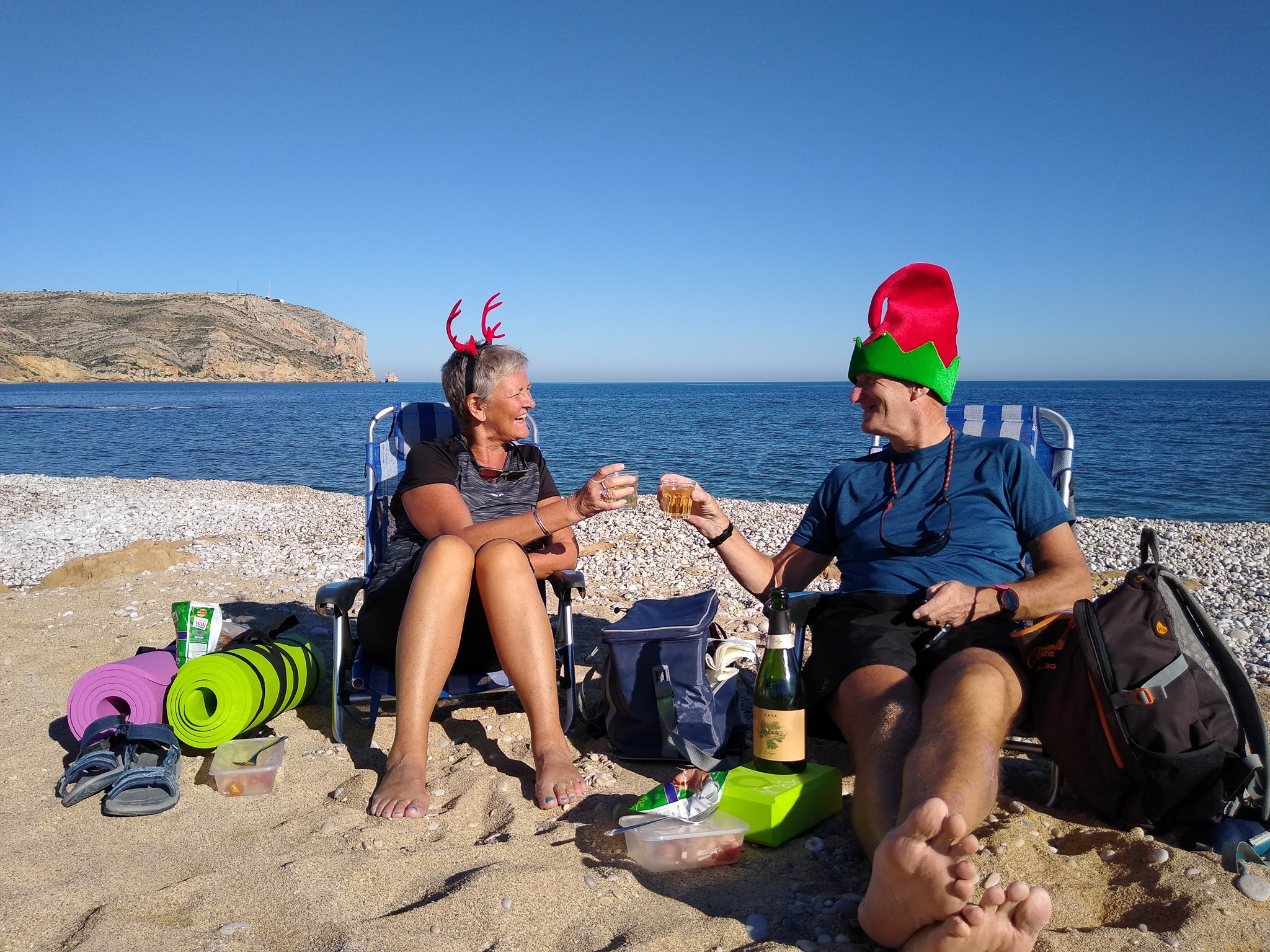 Xabia has worked out pretty much as we hoped after our initial one day visit in Feb 2018 with the SAAB with stuck-on brakes (towards the end of the 8 week(ish) tour), and a week we spent in Jan last year.

Still Spanish in parts and parts which the visitors are more prevalent. The visitors are multi-national which is a great thing. We have seen Russian, Swiss, Swedish, Polish, Portuguese, Czech, Finnish, Italian, Romanian, Estonian, Guernsey, IOM and even Icelandic plates on cars! (you can get a car ferry from Iceland to Denmark apparently !) Also the usual British, French and German, Dutch, Belgian.

Very few big hotels or big buildings and (as far as we know) little or no “package holidays” . It’s very low-key and laid-back. Definitely NOT what some people think are “The Costas !”

Other nations will fly here. We are told there are Australian, New Zealand, North and South American long-term visitors as well as Middle Eastern and Asia.

There is lots to do here. Road-cyclists are everywhere and I imagine mountain bikers are in big numbers too… just off the beaten track!

There are multiple yoga classes daily, salsa, tango, other “interest” classes etc. and everyone we have met has been friendly and helpful.

We just haven’t joined any of them yet!

Our regular jogging started a couple of days after we arrived and had been good… If hard at times… after probably our last regular jogging last April/May before our Turkish walking/yoga/paddleboard/cycling/Bootcamp kicked in. We just didn’t have time (or energy!) to jog as well!. Then “the leg etc.

Our Autumn in Turkey was more about trying to get back into things after” the leg”…. Then “the arm” happened! Doh!

We went out for a jog on Christmas morning. The weather was lovely. We did more than half of the route when Aileen felt knee pain. Very unusual for Aileen as she has been pretty much injury free in the gym/jogging etc.

She stopped jogging and walking was OK for her up to a point but we did minimise how much we walked. On New years eve however her knee became very painful making any kind of walking an issue.

She saw Paul the Dutch Physio I had seen a couple of days earlier about my arm. An inflamed meniscus was diagnosed, possibly even torn. Something to let heal naturally for the moment and investigate further in the UK or Turkey (X-rays?).  Ibuprofen prescribed if needed along with collagen (and related) supplements.

It has kinda changed our plans as a lot more is car-based now rather than walking places. At least we can get the top down!

Anyhoo, Christmas day started with present opening. Linda Aileen’s sister was very generous and sent us away with a box of pressies. We didn’t buy each other much but we did donate to charity.

The weather was fab and we enjoyed our morning jog. We didn’t know Aileen’s knee “tweak” would turn out to be a problem later on :-(. We enjoyed a coffee in the sun at Bar Fuego which is a regular for us now. The staff are lovely and it’s one of the few which gets morning sun at l’Arenal.

As we had booked Christmas Dinner at Sabor a mi Javea we had a light lunch. Home-made prawn cocktail and bottle of fizz on the beach whilst wearing festive head-gear seemed like a good idea 🙂

Our Dinner in Sabor a mi was really nice. The owner Sandra was from Ecuador and was lovely and entertaining. It isn’t a big place but there were only 2 tables taken. The price was very reasonable and the food was really good ….so what was going on.

Sandra and other business we talked to told the tale of everything being “unsettled”. There are a lot of Brits here but also lots of other Nationalities. Tales of bookings, cancellations, uncertainties, selling properties etc. etc. Brexit isn’t uncertain only for the Brits.

We had a trip into Xabia Old Town for the market. It’s the first time be had visited the weekly market. Some food but mostly clothes etc. They do a nice line in hats and Flamenco outfits for girls.

We headed onto Calpe for an explore as we had only visited the “Rock” last year. Our “Discovery Route” down took us high above Calpe where the big-bucks modern glass-fronted properties preside over the view.

Calpe is very different from Xabia. Smart shopping, some tall buildings and quite busy (for new years day).

The Calpe “Rock” is impressive and the beach looked nice. No doubt a bit mobbed in summer!. Benidorm can be seen further along the coast.

I jogged, we strolled. Surfers surfed, Paddleboarders paddled, Canoeists Canoed. The weather was mostly sunny and nice when actually in the sun.

We hit the Xabia Central Market (the food market). As normal in Spain timing is everything ….and we often don’t time things well! Arrive too early and places aren’t open for lunch (some only open at 13:30). Arrive too late and some are already closed and won’t open again until 17:00 …. or maybe 20:30!. The Food market is meant to “close” at 13:30 and re-open at 17:00 until about 20:00. We arrived well before 13:30 but thinks were still in full-swing way after it was meant to close!

There are about four bars serving food and drinks. One fish shop which seemed to cook some of their produce too. It looked like some people bought prawns etc from the fish shops and had them with their drinks from the bar. Food was being served which wasn’t on the menu. All very confusing….but very intriguing and what makes these types of places great 🙂

We had Albondigas and prawns in spinach. Both were very tasty. The spinach dish was mostly spinach with a few tiny prawns in their shell. Too small to peel so maybe the locals crunched them whole ?. We stuck to the vegetable part 😉

A return trip is required to experiment more with the menu !

Later we had a drive to Cala Blanca another small beach on the outskirts of Xabia. Really pretty as the sun was going down. We tried to go into a small bar on the beach….except it was closing at 17:00 as we arrived !. What did I say about timing! We watched a young couple on a single paddleboard with their dog instead and the other nautical goings-on. A nice way to while away the time.

Aileen had an off-colour day so I whiled away the time with a jog and walks. I headed off into the mountains in the car in the evening. Some stunning scenery just a few miles away from the coast. Another world. I was surprised to see am Almond Tree in full bloom in December. There is a lot more exploring to be done here.

We had a trip along the coast to see the Oliva / Gandia beaches as we had only driven past the outskirts of their old-towns on the main road previously.

The Oliva Port was small and yachty. There was one snazzy restaurant and not much else. There may have been more there but we didn’t explore further than the small Port. There was a deserted beautiful beach however stretching miles north.

Gandia is much larger and was important in days gone by. Now it still has a 200,000 population and a busy harbour. It also has ferries sailing to the Balaerics

We had a brief wander then stopped for lunch at a place popular with locals. €12.90 for a menu Del Dia. Gambas a la Planch and Valencian Paella to start (chicken and rabbit) and Iberico chop and Pescaito Frito for main. Very traditional and very good.

Our final visit of the day was to Gandia Decathalon to look at wetsuits … and yes we did buy them! ……for Turkey in future if not in Spain 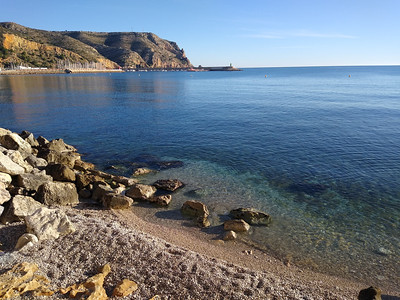 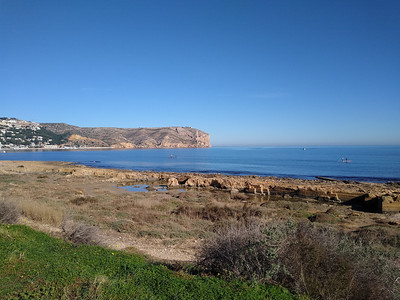 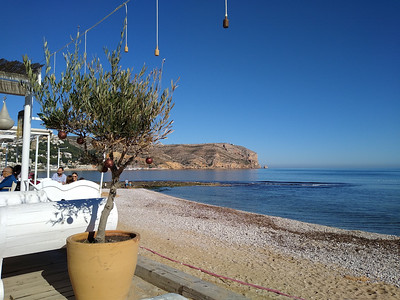 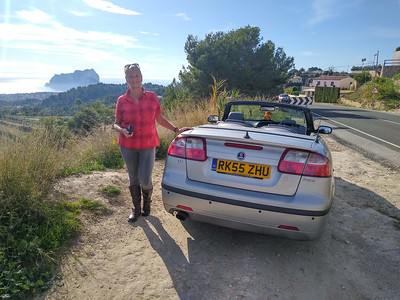 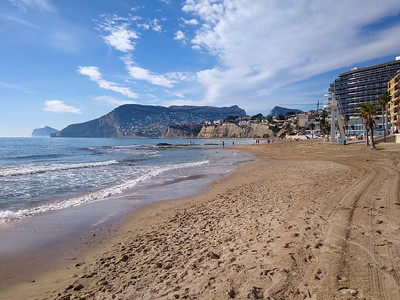 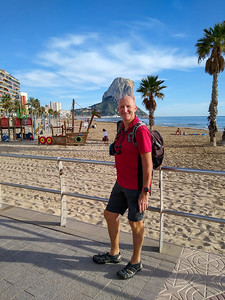 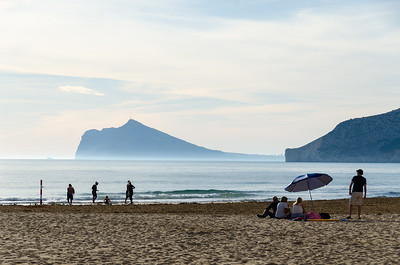 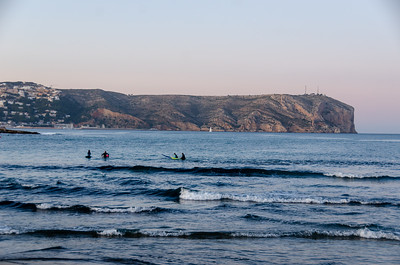 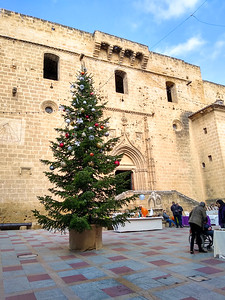 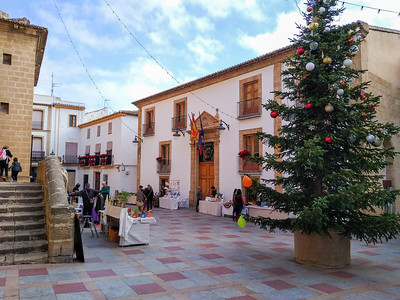 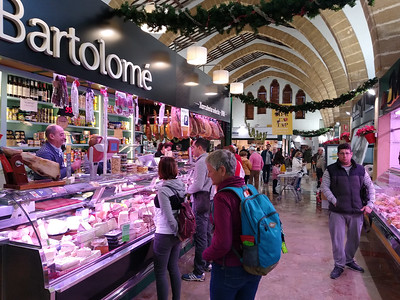 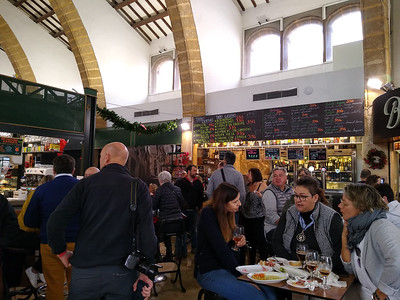 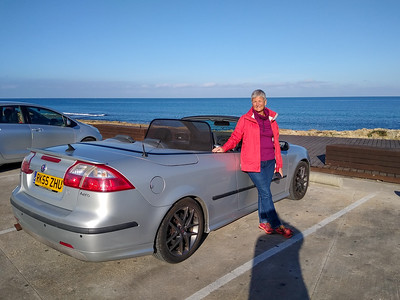 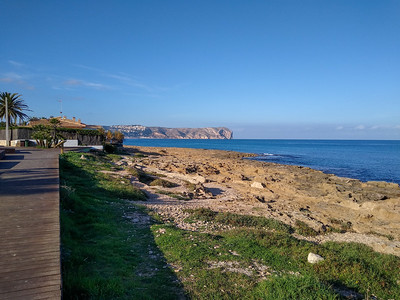 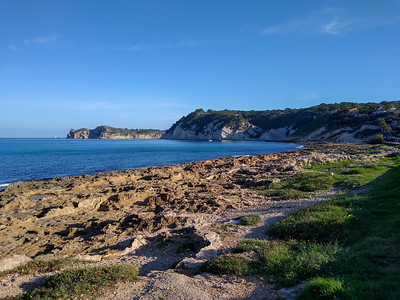 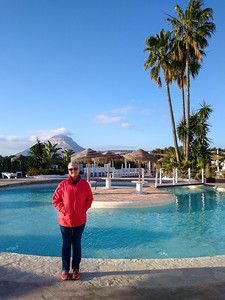 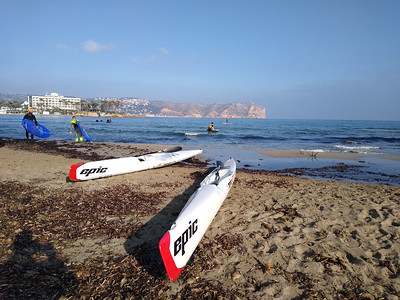 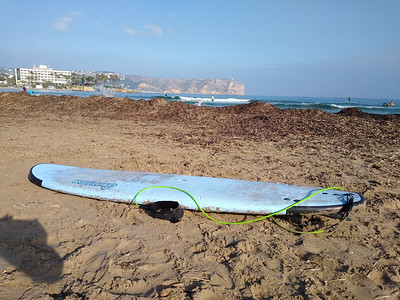