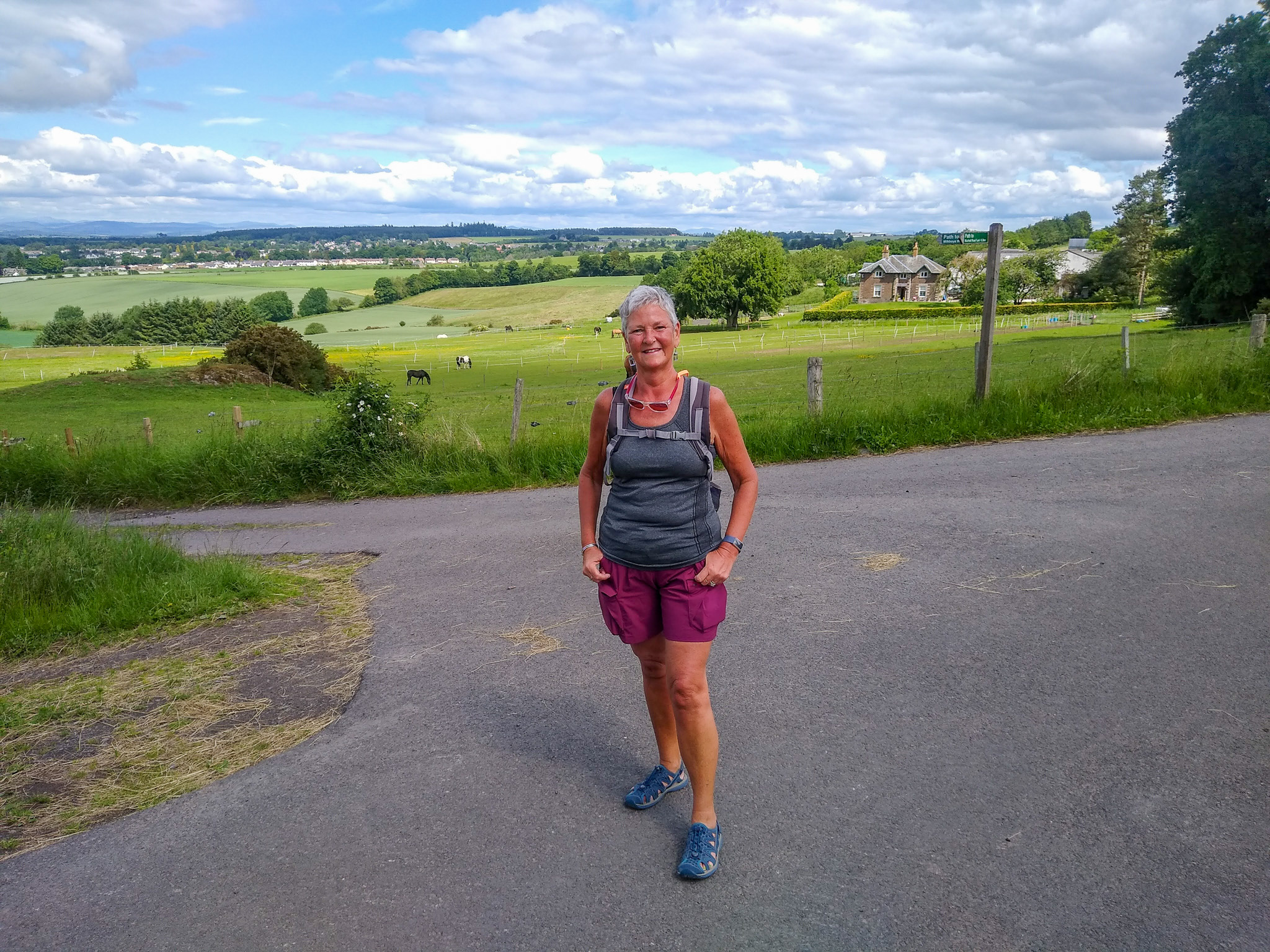 A wee stroll today avoiding the muddy paths after recent showers. Saw whitethroat early on , and a VERY young robin at the end and, a few grey squirrels.The hay had been cut and the crops were growing ender the fleece (large leaves and yellow flowers ?) Nothing exciting but a nice walk.

A couple of pics taken in the midst of our sun salutations during National Yoga Day !The Great Spotted Woodpecker is a Juvenile as it has a red “cap” (a female has a black cap and a male a black cap with a red blob on the back of his neck), and a young grey squirrel